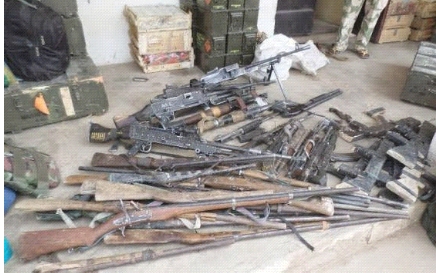 Troops on cordon and search along Djimitillo Damaturu road axis on Friday night discovered a Boko Haram hideout near a market. The troops battled with the militants, killing a few of them and recovering machine guns and rifles. Some of the terrorists also died in the fire that gutted the house where they were hiding out at. Unfortunately, a soldier was killed and another one wounded. 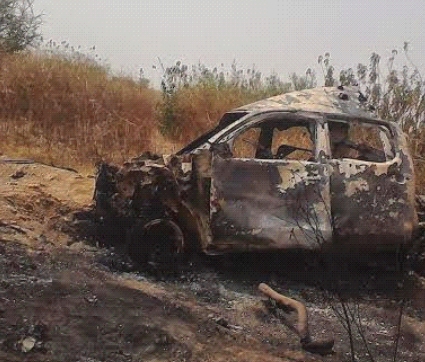 In Gulak, Adamawa State, troops in pursuit of terrorists caught up with some of them who were in the process of blowing up a bridge to deter troops advance. The troops are continuing with the cordon and search of the town and environs after overpowering the terrorists. A lot of arms have been recovered. Troops are also dismantling the terrorists group’s flags hoisted in the towns. 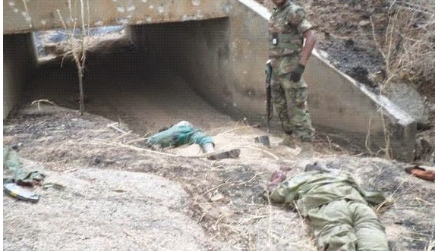