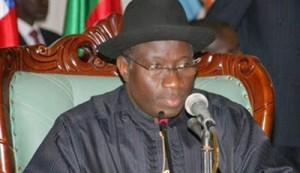 Socio-cultural group, Ohanaeze Ndigbo, has resolved to vote for the presidential candidate of the People’s Democratic Party (PDP), President Goodluck Jonathan at the forthcoming presidential election.

According to Nworgu, when the group endorsed Jonathan in 2010, it was because of zoning, but now it is more than just zoning.

“The reason for the endorsement then was the presidential election and zoning. Therein, we argued that there are two zones in the federation of six geopolitical zones. The South-South and South-East, which had never occupied the plum seat of the presidency. There are zones in this country which have produced presidents three to four times. We said that it was the turn of those who had not produced, to produce based on equity, justice and fair play,” he told Vanguard.

“Since the South-South and South-East were the two zones yet to produce the President, in 2010 we backed the South-South because the oil resources that sustains the country come from them. So they should be allowed to occupy the seat in an unbroken succession. It will equally give room for minority tribes to have a chance of occupying the seat. Based on that, since Jonathan was already a sitting President from the South-South, we said we are going to support him for re-election.

“But after the South-South, it will be the turn of the South-East that has never produced a President in an unbroken succession based on equity and fair play. We believe in justice and equality of all zones in the country. That is the reason for his endorsement.

Nworgu noted that apart from being from the south south, Ohaneze’s endorsement of Jonathan this time has a lot to do with the national conference and the future of Nigeria.

“That is one of the legacies his administration has left behind. We want that Confab report implemented. Ohanaeze stands on the implementation of that report. Jonathan in the firmament is the only person that can implement the report because his integrity is tied to it. That is the legacy he must leave as a man of history. He must implement that report.

“To us, between the APC candidate and that of PDP,we think Jonathan is more likely to implement it. At the Confab,all political parties had two slots, it was only APC that did not send a representative. Certain zones during the build up did not want the Confab to hold. Their position is nefarious and anti-other zones.

“They wanted the status quo to remain which is the cause of all the frictions in the country. The present structure breeds corruption and tension. The Confab addressed all these challenges and there was consensus which is the first step towards building a formidable Nigeria. Based on that, Ndigbo believes in one Nigeria, fair play, justice. Ndigbo think that Jonathan, having convoked the Confab, is in conscience, bound to implement the report,” Nworgu said.