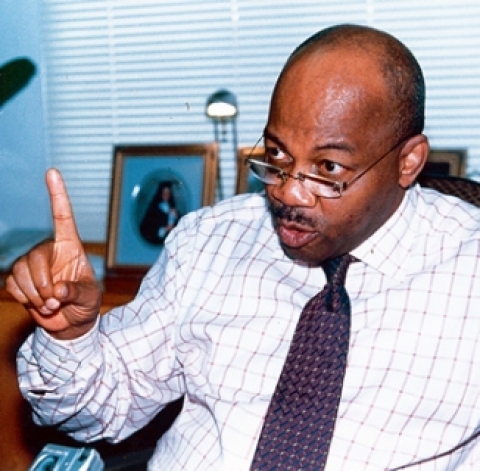 Maritime lawyer and rights activist, Olisa Agbakoba (SAN) has advocated for balanced voting in Nigeria’s elections in order to deepen the nation’s democracy, just as he flayed what he saw as voting on ethnic lines by certain geo-political zones in the recently concluded Presidential and National Assembly polls.

Agbakoba made the call during a press conference, which took place at his Creek Road office, Apapa, Lagos.

Agbakoba said that a critical appraisal of the just-concluded elections indicated that some Nigerians were still voting along ethnic lines, expressing the belief that the governorship and House of Assembly elections would witness an even voting pattern.

The legal luminary maintained that the country needed to get rid of ethnicity in its political system, adding that, “We want to see balanced voting everywhere and robust voting devoid of ethnicity”.

Agbakoba said he saw no reason why the South-East would have voted 90 per cent for President Goodluck Jonathan and the same pattern replicated for the APC Presidential Candidate, Major-General Muhammadu Buhari (retd.) in North-West.

“I don’t accept that the South-East would have voted 90 per cent for President Jonathan and the same goes to the North-West, who did same for Major-General Buhari.

“What helped Buhari was the consistent balanced voting across majority of the states.

“As a politician, it makes sense to appeal to everybody. If President Barack Obama had stayed with the blacks alone he would have lost. He appealed to all Americans”, he said.

The rights activist, however, stated that the restructuring of the country, in line with the recommendations of the 2014 National Conference, would help to eliminate such imbalances in the future.

“That is why Buhari has to complete the process of restructuring that Jonathan has started. The next election should resolve this issue of imbalance voting”, he said.

Speaking further, Agbakoba, while commending President Jonathan for conceding defeat to Buhari, listed him as the No 1 hero of the just- concluded elections.

According to him, Jonathan must be given credit for laying the foundation for a more credible electoral system by conceding defeat, allowing multi-party system and free and fair election.

“The No 1 hero is a man that I watched on television and I saw that he was tremendously relieved, that is President Jonathan.

“As a skilled legal psychologist, I can tell moods and swings. That is not to say he didn’t want to win, but having lost, he did not make the mistake IBB made.

“IBB will be biting his fingers in Minna because the glory that Jonathan has now taken which is accepting defeat is what IBB would have had if he had left peacefully. So what are you doing after nine years?”