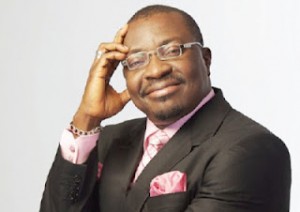 This time, he revealed in a interview with the Punch that his marriage life has not been easy, though it’s still lovely.

According to the comedian: –

“Marriage has not been a walk in the park for me. It has been tough and also lovely. If anyone tells you that being married is a bed of roses, then the person has not been married. The thing is that people should learn to pile up the good times so that when the bad times come, the good times override them. What happens most times is that the bad moments are so many people can count the good times and that is when they say they have irreconcilable differences. I think we are doing well. I can’t put a hand on what has kept us going and what makes our union great but I am grateful to God for everything. “There are break-ups everywhere and the only reason it is more pronounced in the entertainment industry is because we are in the public eye. It is a common phenomenon that happens to pastors, ministers; even the president of France, his wife left him. It is just because we are celebrities people talk about it,”