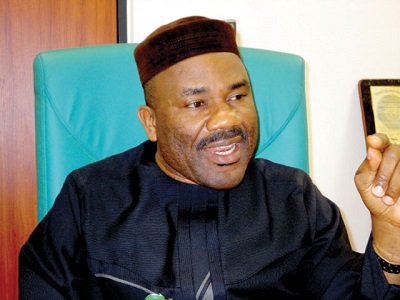 The member representing Ogbaru Federal Constituency in the House of Representatives and Deputy Chairman of the House Committee on Media and Public Affairs, Victor Ogene, has said the South-East did not strategize for the 2015 general elections.

The lawmaker, who is a member of the All Progressives Congress from Anambra State, lamented that the Igbos, who used to be the finest crop of political strategists, had lost out in the scheme of things as far as the current outcome of the March 28 elections was concerned.

Addressing reporters in Awka, the Anambra State capital on Thursday, Mr. Ogene said the South-East neglected the voice of man and God on the ideal way to go and remain relevant in the scheme of things.

“The Igbos made a mistake by putting all their eggs in one basket. This is one thing the Yorubas, Hausas and other tribes didn’t do”, he explained.

He recalled that Fr. Ejike Mbaka of the Catholic Adoration Ministry, Enugu, warned the South-East about this, but regretted that no one listened to the cleric.

He said, “We should have listened to his voice. But we neglected both man and God. What has happened to us since 1999 is that we have missed every major position we have gone for through some very deliberate and obvious political miscalculations.

“Is it from 1999, when Dr. Alex Ekwueme, who appeared like a president in-waiting, was disappointed due to the political chess-game that was played on us?

“We had Senate Presidency and we were rotating it among the various states in the South-East until 2007 when we could not produce neither the President nor the Vice-President or even the Senate President and speaker till date”.

He lamented that the zone had descended from the height in which other regions held it in awe to such low depth that it had become the scorn of other people and other political zones.

He said, “It is such a disgrace that out of the eight or nine protocol list of Nigeria, no Igbo man will be found in the coming dispensation. And all those people, who led Ndigbo to this political misery, will account for their sins on the Igbo nation because it was their deliberate policy for their families and pockets.

Commenting on the conduct of the March 28 presidential and national assembly elections, the lawmaker said in spite of what transpired, he was satisfied with the final outcome.