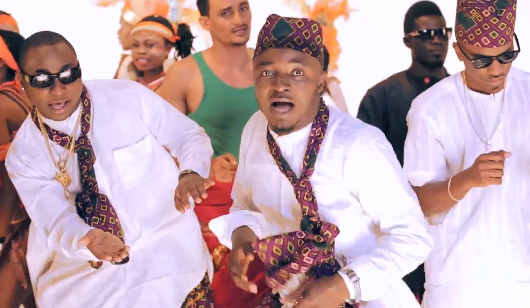 An incident happened 2 days ago that a few industry people have called my attention to and want it public so it will not repeat itself. Sekem crooner MC Galaxy was attacked and badly injured on Wednesday night April 15th at producer Shizzi’s studio in Lekki. According to a reliable industry source, MC Galaxy, Davido (they have collaborated before) B-Red, Shizzi, Davido’s driver, a guy named Lati and other HKN members were at Shizzi’s studio working and laughing when suddenly things turned ugly.

According to someone who witnessed the beat down, trouble started after MC Galaxy told B-Red that he (Galaxy) was more popular than him (B-Red). B-Red didn’t agree and they went back and forth. Then an HKN Gang member, who is a Ghanaian artist, told MC Galaxy that he was not funny as a comedian. MC Galaxy replied, telling him that he was an unknown artist, and they went back and forth yabbing each other. They said all of a sudden Davido came out from the studio and asked MC Galaxy to leave. Continue.. 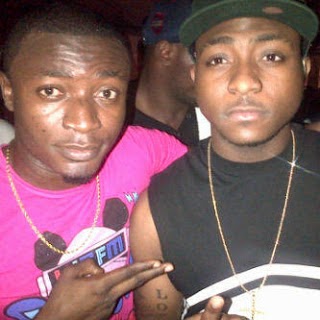 “David didn’t like that Galaxy was yabbing his boys and asked him to leave. Before Galaxy could react, David hit him on the back. Then his driver, Lati, took over, punching Galaxy and then hit him on the head with an Orijin bottle. B-Red didn’t touch Galaxy and Shizzi was very upset about what was happening in his studio and tried to stop the fight. Shizzi was really upset that Galaxy was attacked. If you see MC Galaxy’s eyes now”

I contacted MC Galaxy to confirm he was attacked and he confirmed it but didn’t want to talk much about the incident.

“Yes, I was attacked by Davido, his driver also broke a bottle on my head. Davido is someone I love and I am surprised he did this. His manager Kamal has called to apologize to me but I would rather not have this in the public.” …..