Attitudes of players and officials of Nigerian national teams are binding on set standards outlined by the Nigeria Football Federation (NFF) as approved by the National Sport Commission (NSC). This is on the backdrop of the sixth executive committee (ExCo) meeting of the fraternity held at the Transcorp Hilton Hotel, Abuja on Wednesday, 13th May.

Players and officials of the Nigeria Under-20 men’s national team and the senior women’s national team will sign a Code of Conduct ahead of this month’s World Youth Championship (WYC) in New Zealand and the Fifa Women’s World Cup in Canada in June respectively.

This hand books outline what is expected of players, officials and even the federation during camping and showpiece tournaments.

It would be recalled that the NSC, had in December 2013, approved the document which applies to all the national teams. The NFF ExCo has now “endorsed a proposal for all players and officials of the National Teams” to subscribe to the set standards, according to a communique released and signed by Chairman, Media and Publicity Committee, Hon. Suleman Yahaya-Kwande. 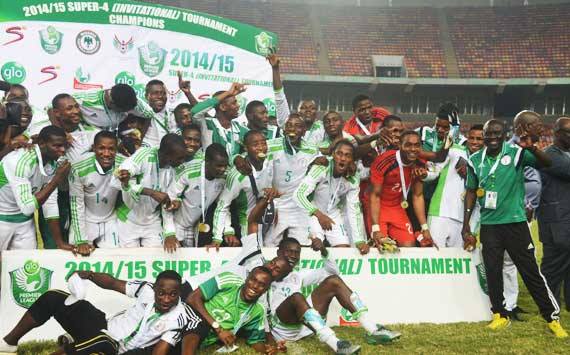 This is part of the federation’s effort towards combating players’ and officials’ indiscipline, which has always been a problem in African football.

The NFF had also planned to inscribe stringent clauses in the new two years contract signed by coach Stephen Keshi.

The committee has also “endorsed a memo for the enactment of a regulation for the protection of players of the age-grade National Teams and the establishment of NFF Youth Players Development Fund.”

It added: “The Legal Committee will work out details of this after meeting with relevant stakeholders and looking through the books.”

Meanwhile, processes leading to elections into the boards of the various leagues in the country (Nigeria National League, Nigeria Women League and the Nigeria Nation-Wide League) will commence in August, with the polls slated for November.

The committee also commended efforts by the NFF President, Amaju Pinnick, towards ensuring Nigeria regain its status as a prominent member of the international football community.

Pinnick has had productive meetings with Fifa president Sepp Blatter and the Football Association chairman Greg Dyke in recent weeks.

On the use of football for promotional ends: Concerned with the spate at which some organizations and private bodies and individuals flagrantly make use of football for promotional purposes, Executive Committee endorsed a memo for the enactment of a regulation to control the use of the game by corporate bodies and individuals for commercial and promotional purposes. The Legal Committee will work out details of this after meeting with relevant stakeholders and looking through the books.

NFF to stage under-13 and under-15 competitions: Executive Committee approved that arrangements be concluded immediately for the staging of the U-13 and U-15 National Competitions.

Nigerian referees charged to maintain standards: The Committee commended the efforts of the NFF Referees Committee and the Nigeria Referees Association in keeping all referees and assistant referees on their toes in the ongoing football season, and charged the bodies to continue to thoroughly monitor officiating in all domestic football matches and competitions.