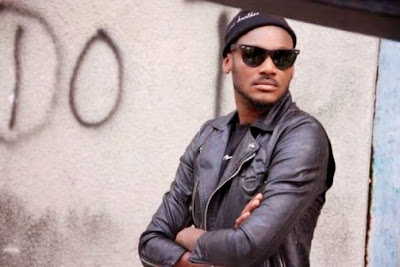 Oh dear, one Eric Amodu has replied Tuface Idibia over his PDP comment. It will be recalled that Tuface had earlier taken to twitter where he said the Federal Government and State Governments had failed Nigerians in the past 16years. Eric Amodu who however knows what Tuface has benefitted from the party, especially PDP Governors, took to Benue.com.ng (Tuface is from Benue by the way) to call him out and tell Nigerians how he has benefitted MILLIONS from PDP government. It is an open letter. Do read it below…

“Too bad you threw the bomb at yourself on this. You are my friend but the truth must be told.

Question 1. Name a single soul you’ ve ever helped?

Question 2. Why did your fellow childhood friends deserted you?

Question 3. What have you given back to the society that made u?

First of all, OJB produced you and brought you to limelight and even gave you a song for free without you paying a dime. But you threw your back at him when the world was rallying round to save his life.

Not even a dime from you when lesser musicians gave their widows mite.

No any Idoma sons could say he’s on your scholarship list yet you have the mouth to talk back at the people that you helped in eating from their states’ funds.

You ate the resources meant for Benue State during Akume days in PDP as a governor when he bought you a Camry.

How about Donald Duke when he was the PDP governor of cross Rivers State? He lavished the state resources for you and still paid 20 million naira just to reunite the plantation boiz yet you have the guts to say PDP did nothing? Better still, you for reject all the money.

Akwa-Ibom state governor under the PDP-led government lavished the money meant for the state to sponsor your wedding. Why didn’t you kick against it when he gave you eight jeeps and sponsored several people to Dubai just to attend your wedding?

Jolly Nyame wasted the state resources on you and you practically abandoned Lagos for Taraba just because you began to taste the juicy side of unmerited resources from government coffers.

Don’t forget… when you sang ” I de feel like so so so and so person… because you de spend for me.” Over 70% of the names you mentioned were PDP people you joined in eating away the future of their states.

Brother man, sorry to say this… you don’t even stand the moral ground where conscience speaks to talk about PDP.

I would love Banky W, the little Davido that just started, Ice Prince, Don Jazzy and so many others to talk because they don’t dine with the PDP and their states’ funds yet they’ve given a whole lot to the society.

On your wedding day, you took away the pleasure of the eyes from Nigerians to Dubai so that dem no go fit benefit even small thing from you. Stingy life.”