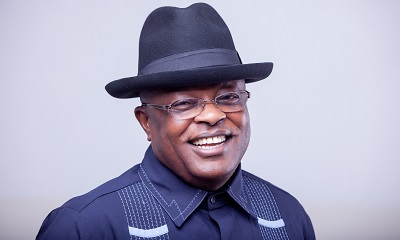 Ebonyi State Governor, Mr. Dave Umahi, has reversed the appointment of 16 permanent secretaries made by former Governor Martin Elechi, barely a week to the end of his administration.

Umahi reversed the appointment on Thursday in Abakaliki during a meeting with the leadership of the organised labour in the state and the Christian Association of Nigeria.

The governor said he took the decision because his administration inherited an empty treasury from its predecessor, adding that the appointment of additional permanent secretaries would create more problems for the government.

He said, “The state government is finding it difficult to pay workers’ salaries as it grapples with the challenge of meeting other financial needs.

“The appointment was also riddled with controversies and has witnessed several agitations against it by organised labour and other relevant stakeholders”.

The governor has set up a committee, headed by the State Deputy Governor, Mr Kelechi Igwe, to look into the accounts of the state government and make adequate representation to the government.

“I call on workers to be ready to make some sacrifices and offer necessary cooperation to ensure that the state attains its developmental goals”, Umahi said.

The governor also ordered the immediate sacking of the General Manager of the State Environmental Protection Agency, Dr Chukwuemeka Okeh.

The sacking followed a complaint by one of the labour leaders on the filthy nature of the state, especially Abakaliki.

“The contract of environmental contractors, which was earlier terminated, has been reversed immediately to ensure that the heaps of refuse, littering the capital city, are evacuated”, he said.