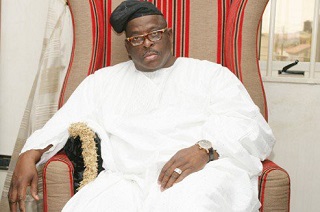 According to him, it was wrong for the government to have appealed through the Attorney-General of the Federation, when President Muhammadu Buhari had yet to appoint a Minister of Justice, who also doubles as AGF.

The Federal Government, through the National Drug Law Enforcement Agency, had been seeking Kashamu’s extradition to the US for alleged drug-related offences.

In a statement by his media aide, Mr. Austin Oniyokor, on Saturday, the Senator also accused a Senior Advocate of Nigeria, Emeka Ngige, of seeking to divert attention from the “illegalities” of the AGF and the NDLEA on the plot to extradite him.

The Federal Government had on Friday appealed the judgment delivered by Justice Okon Abang of the Federal High Court, Lagos, on May 27, upholding the fundamental human rights enforcement suit filed by Kashamu.

The government had also appealed another order issued on June 8 by Justice Ibrahim Buba, also of the Federal High Court in Lagos.

The order restrained the Federal Government and its agents from taking further steps to extradite Kashamu to the US pending the hearing and determination of his contempt application against the AGF and the NDLEA.

When the matter came up on Friday before Justice Buba, Ngige told the court that he had been briefed by the Office of the AGF to handle the matter.

Ngige also told the court of an appeal against the ruling of the court made on June 8.

However, Kashamu described the lawyer’s application as an attempt to rehash an allegation (against him) that had been rejected by British courts and recently by Nigerian courts.

Kashamu said, “Emeka Ngige claims that these rejected allegations are the basis of an appeal he has filed against orders and judgments of the Federal High Court.

“The mischief is clear because no Notice of Appeal has been served on any party, yet Ngige has released documents to the media which he claims are Notices of Appeal. This is clearly wrong”.

The Peoples Democratic Party chieftain questioned why Ngige and another lawyer, Gboyega Oyewole, would be representing a non-existent AGF, as the Buhari-led administration had yet to appoint a new AGF.

He further stated that “Contrary to the lies being peddled in the media, information available to us revealed that the two lawyers were not briefed by the Office of the Attorney-General of the Federation and Minister of Justice – at least as of Friday when they appeared in court.

“If they say they were, we challenge them to produce the authorisation and evidence of payment made to that effect. We do know that they were hired by Abiodun, who is desperate to get through the back door a mandate he could not get in a free and fair election”.

Kashamu said Ngige had “evidently” not read the judgments he was interpreting, stressing that “The court did not merely find that the evidence was not enough; the court positively found that it was another person (not Senator Buruji Kashamu) that committed the offence and proceeded to describe the person in its judgment. It is that person the US authority wants not Senator Kashamu”.

The statement noted that the judgment was clearly an obstacle to any further proceedings against Kashamu.