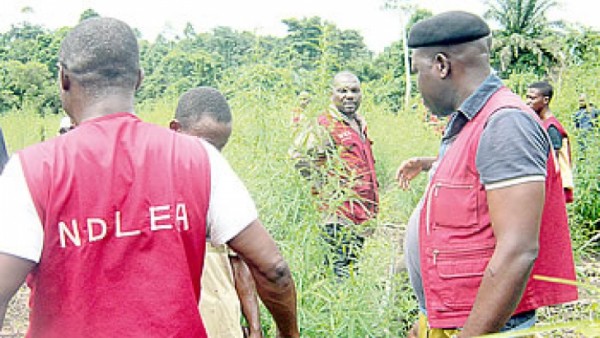 The Jigawa Command of the National Drugs Law Enforcement Agency said it arrested 92 suspects for allegedly using and dealing in illegal drugs in the state between January and June 2015.

This is contained in a statement signed by the Commandant of the NDLEA, Alhaji Abdullahi Abdul, in Dutse on Friday.

Abdul said the command had seized 151.704 kilogrammes of illicit substance from the suspects within the period under review.

He explained that the major seizure by the agency was that of 22.350kg of cannabis property of one Muhammad Aminu, arrested in Gumel on June 1.

“The major seizure within this time is that of 22.350kgs of cannabis belonging to Muhammad Jazuli and Sani Aminu all arrested in Gumel on the 1st of June 2015”, he said.

He said that 60 drug addicts were counseled and rehabilitated by the agency within the same period.

The commandant said the agency would carry out extensive awareness campaign in the state on the dangers associated with drug abuse.

Abdul explained that the gesture was due to the increase in the number of youths that abuse commonly prescribed drugs like Cough syrups, Tramol and Valium.

He said the major challenge militating against the operation of the agency was lack of adequate vehicles to cover all the nooks and crannies of the state.

Abdul appealed to the state government and the general public to assist the agency.