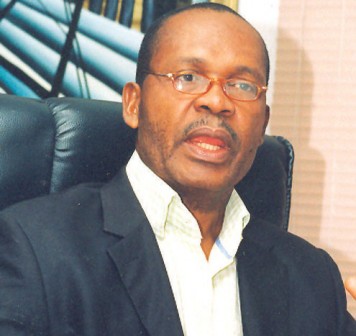 The All Progressives Congress, APC, Lagos State chapter, has hailed the Federal Government for discontinuing the oil pipeline surveillance contracts, which the immediate past administration of Dr. Goodluck Jonathan awarded the Odua Peoples Congress.

The OPC had on Monday announced that it would withdraw its men from guarding all Nigerian National Petroleum Corporation pipelines nationwide because three months after the award of the contract, the corporation had yet to start paying for the work its men were doing.

Former President Jonathan had, shortly before the elections, awarded a pipeline surveillance contract to the OPC and other ethnic militias to the tune of N4bn.

In return, the OPC had campaigned vigorously for Jonathan in order to retain the contract, which it described as a means of creating jobs for the nation’s unemployed youths.

However, the Publicity Secretary of Lagos APC, Mr. Joe Igbokwe, hailed the withdrawal as a welcome development.

Speaking to a PUNCH correspondent yesterday, the Lagos APC spokesman said the former president only awarded the OPC and other ethnic militias contracts out of his desperation to secure a second term.

He said in developed countries, pipelines were protected by trained professionals and technological equipment rather than “unemployed youths with guns”.

He said, “The day that Jonathan lost the election was the day that they lost the contract. Why should hoodlums be used in securing pipelines when helicopters are used in advanced countries? We don’t need people to physically monitor pipelines.

“The government can create jobs by employing the OPC to work on farms to help revive our agricultural sector. You don’t give sensitive jobs like pipelines to outlaws. The OPC was outlawed and was not recognised by previous governments until Jonathan did”, Mr. Igbokwe added.