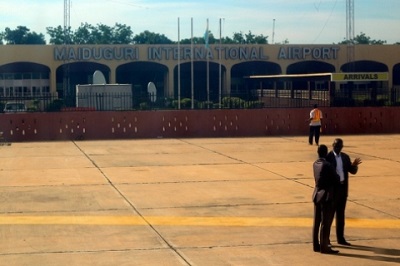 Close to two years since it was shut down as a result of persistent Boko Haram attacks, the Maiduguri International Airport is set to come alive again following the Federal Government’s approval for its re-opening.

Deputy Governor of Borno State, Alhaji Zannah Mustapha, who made this known on Tuesday, said that the Federal Government resolved to re-open the airport following the seemingly security improvement recorded in recent times.

“It is interesting to announce that the Chief of Air Staff, Air Vice Marshal Adesola Amosu, has confirmed to me that the Federal Government had issued a directive for the re-opening of the Maiduguri International Airport for commercial activities.

“In fact, the Chief of Air Staff told me that the Nigerian Air Space Management Agency, the Nigerian Civil Aviation Authority, and the Federal Airports Authority of Nigeria, were already directed to work out modalities for the resumption of flight operations in the airport”, he added.