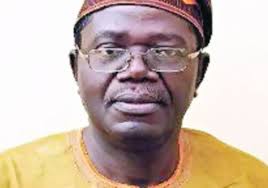 The Senator representing Ondo Central Senatorial District, Tayo Alasoadura, has reaffirmed his unflinching commitment to the programmes and ideologies of his party, the All Progressives Congress (APC).

It would be recalled that Alasoadura was the only Senator from the South West who voted for Bukola Saraki as the Senate President, inspite of the party’s directives that APC senators should vote for Ahmed Lawan.

In a statement issued by his Media Assistant, Olu Isaacs in Akure, the Ondo State Capital on Thursday, the senator said he has never disregarded the decisions of APC on any issue that are in conformity with the aspiration of the people he is representing.

He also reiterated his loyalty and faithfulness to the national leadership of the APC.

Alasoadura noted that his assignment in the National Assembly, which is above any ambition, includes attracting development across all sectors to enhance the wellbeing of his constituents.

He said it was his desire to lift-up Ondo State that informed his decision to nominate his counterpart from Ondo North Senatorial District, Ajayi Boroffice as Chief Whip at the APC caucus of the senate against the move to have a colleague from Osun State, consequent upon the fact that a member of the House of Representatives also from Osun State, Yusuf Lasun, was already the Deputy Speaker.

He added that Boroffice, who is a ranking senator from Ondo State, should have gladly embraced to serve in that capacity in the interest of the State as against his decision to be in solidarity with some interests always scheming to short-change the state.