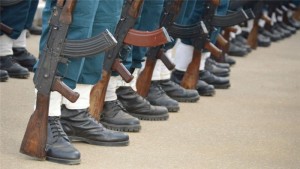 UN has accused South Sudan’s army of raping and then burning girls alive inside their homes during its recent campaign, a report by its mission in the country said. The statement, published on Tuesday, warned the recent upsurge in fighting had been marked by a “new brutality and intensity”. Aljazeera reports:

“The scope and level of cruelty that has characterised the reports suggests a depth of antipathy that exceeds political differences,” the UN said.   Members of the UN mission in Sudan (UNMISS) said they interviewed 115 victims and eyewitnesses in Unity state where South Sudanese forces were involved in fighting against opposition fighters in April.

The survivors allege that the Sudan People’s Liberation Army (SPLA) killed civilians, destroyed villages and displaced 100,000 people, the statement added. The UN said attempts to corroborate the reports were prevented by the SPLA, which denied its teams access to the areas concerned.