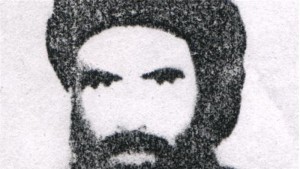 The Afghan government said it is investigating reports regarding the death of Taliban leader Mullah Omar. In a news conference on Wednesday, President Ashsraf Ghani’s deputy spokesman said the government was aware of the reports of his death and was in the process of assessing them. Afghan government and intelligence sources reported earlier that Omar had “died two or three years ago”.

The US State Department’s spokesperson, John Kirby, said the the US cannot confirm Omar’s death. Omar was born around 1960 in rural southern Afghanistan. He reportedly rose to power as a commander who fought the Russian occupation around the city of Kandahar.

According to a biography published by the Afghan Taliban, Omar was described as being actively involved in “jihadi activities”.

The Taliban have reportedly seen defections to the Islamic State of Iraq and the Levant in recent months, with some fighters expressing their disaffection with Omar who has not been seen since the 2001 US-led invasion of Afghanistan. In the past 13 years, Omar has stayed completely out of the public eye amid growing power struggles within the Taliban and fears of ISIL’s influence in their ranks as an ideological rival.