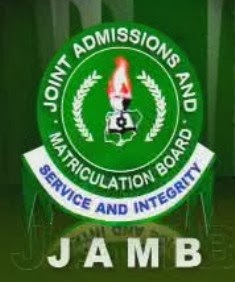 The Academic Staff Union of Universities (ASUU), University of Ibadan Chapter has called on President Muhammadu Buhari to probe the Joint Admissions and Matriculation Board (JAMB) over the alleged N1 billion that will be generated from sale of scratch cards to candidates seeking admission into tertiary institutions across the country. ASUU claimed that the scratch card is now being sold for N1,500 to each candidate seeking admission.

According to the union which spoke through its Chairman, Professor Olusegun Ajiboye, the policy would be counter-productive as it has made admission process chaotic and exposed candidates to fraudsters. ASUU further described the policy as exploitative and an abuse of the rights of the candidates.

The union therefore asked that JAMB respected candidates’ preferences and choices for tertiary institutions, considering security of lives of candidates, cost, proximity, quality, and rights of the Nigerian child in arriving at any policy.

In its reaction, JAMB, through its Head of Media, Dr. Fabian Benjamin, denied sale of scratch cards.

According to the Borad, “the National cut-off marks of 180 for universities and 150 for Polytechnics, Colleges of Education and Innovative Enterprise institutions in the 2015 UTME was a benchmark to set the tone for 2015 admission exercise.”

“The decision to have a national accepted cut-off mark at policy meeting was to serve as a guide and pruning mechanism to give the tertiary institutions qualitative candidates to choose from a pool of candidates desirous of tertiary education.

“However, Universities and other levels of tertiary institutions are at liberty to go higher, but not lower, depending on their peculiarities and the performance of candidates that choose them. Provided thes e cut off marks are uniformly applied to all candidates based on existing admission criteria by proprietors of these institutions.

“Universities are centres of excellence anywhere in the world and ours should not be an exception. The policy witnessed in University of Lagos is aimed at ensuring that our Universities admit only the top best as done globally,” Benjamin said.