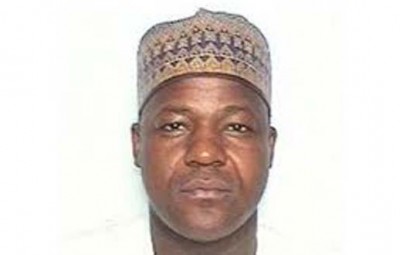 The crisis in the House of Representatives continues with a twist as some members of the Femi Gbajabiamila camp have disassociated themselves from a letter sent to the National Chairman of the All Progressives Congress (APC) Chief John Odigie-Oyegun on the sharing of principal offices.

Following the reply of the Speaker, Yakubu Dogara to Oyegun last Thursday, on why the letter from the national leadership that contained the names of four nominees for the remaining four principal offices was not read on the floor of the House, a letter had been sent to counter Dogara’s position by the Gbajabiamila group.

Dogara told Chief Oyegun that there had been a long standing tradition on the sharing of principal offices, which was always guided by the principle of federal character and that the 8th Assembly has decided to maintain the tradition for the sake of fairness to all the six geo-political zones.

The group faulted the Speaker’s position alleging that he was hypocritical in his assertion as he (the Speaker) had jettisoned zoning during the election of presiding officers of the House on July 9.

However, two members of the group yesterday claimed that they were not part of the letter from the camp to the national chairman and that there was no time the group met to take such decision.

The two members, in a statement titled, “Let’s sheathe the swords and embrace peace” said there was no time they agreed to write the letter to the chairman.

“Our attention has been drawn to a letter dated July 18, 2015 purportedly signed by Hon Sani Zangon Daura and addressed to the National Chairman of the All Progressives Congress, APC, Chief John Oyegun on behalf of the Loyalists Group,” the letter signed by Muktari Dandutse representing Funtua/Dandume Federal Constituency of Katsina State and Tijjani Abdulkadir Jobe representing Tofa/Rimin Gado Federal Constituency of Kano State, read in part.

“In the said letter to the National Chairman, Hon. Nasiru Zangon Daura insisted that party supremacy must reign in the selection of four principal officers in the house. While we categorically reaffirm our membership of the Loyalists Group and our unflinching allegiance to the supremacy of the party, we wish to make public that the said letter did not emanate from any formal or collective meeting of the group.

“We make bold to state that the views expressed by Hon. Nasiru Zangon Daura was his personal opinion and never has the Loyalists Group met or agreed to write formally to the leadership of the party in reaction to last week’s Speaker Dogara’s entreaties to the national chairman of our great party on the way forward.

“For the avoidance of doubt, the last time the group met was immediately after the maiden meeting of the APC National Executive Committee, NEC, held in Abuja on July 3, 2015; where we accepted to engage the Hon. Aminu Tambuwal’s -led Reconciliation Committee.

“Let us stress, that it was at this NEC meeting that the party recognized Senator Bukola Saraki as the Senate President and Hon. Yakubu Dogara as the Speaker of the House of Representatives.

“Similarly, it was after this NEC meeting that we accepted to cooperate with the Tambuwal’s Reconciliation Committee under the aegis of the All Progressives Congress, APC, Governors Forum.

“In fact, up to this moment, we are confident in the Tambuwal’s Reconciliation Committee as we await its report.

“We still maintain our spirit of give and take through negotiations with the Consolidation Group, in the same vain, we salute and commend the Speaker, House of Representatives, Hon Yakubu Dogara’s posture on his magnanimity and compromise disposition, by conceding two major principal positions to the Loyalist Group all in a bid to promote peace and stability in the green chamber.

“We therefore urge the APC, Leadership to throw sentiments aside and accept the olive branch extended by the Speaker, so as to achieve amicable resolution of this lingering impasse in the House of Representatives as this will ensure peace, stability and progress for the onerous national assignment and expectations bestowed on all of us.

“We want to also use this medium to call on all members of the Loyalists Group nationwide to bury their hatchet, embrace peace and take Nigeria first, above personal interests.”