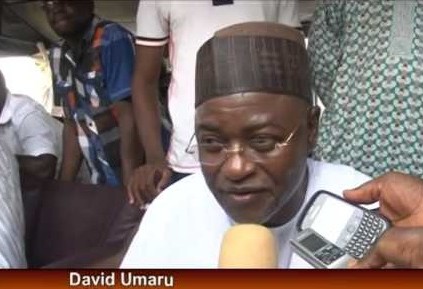 Despite the unresolved leadership crisis rocking the National Assembly, the Senator representing Niger East Senatorial district, Barr. David Umaru has assured Nigerians that when the Senate resumes plenary on Tuesday, it would be rancor-free.
The Senator, who spoke to reporters in Minna, the Niger State capital Monday, revealed that members of the two chambers of the National Assembly are anxious to reconvene and resume their legislative duties after weeks of recess caused by the leadership crisis in the two chambers.
According to him, “We are all anxious for a rancour free resumption on Tuesday. We are all anxious to make President Muhammadu Buhari succeed. Even the Peoples Democratic Party (PDP) lawmakers, we are all out to ensure that the country works again.
“We are all out to join hands with the President to fight corruption; to fix the country from decay of many years. We are conscious of the fact that deliberate efforts should be made to keep the country together for the benefit of all citizens”.
The Senator, therefore, advised the warring factions in the National Assembly to bury their hatches in the interest of the country and allow the legislative arm of government to settle down to work.
“It is time for us (lawmakers) to settle down to work. Characters involved in the leadership crisis should allow us (law makers) to work. It is time to sheathe our sword and roll up sleeves to work and meet the aspirations of the masses that elected us”, Umaru advised.
While agreeing that the party is supreme, the lawmaker advised that the governing All Progressives Congress (APC) to interfere less with the activities of the legislature.
“The party should interfere less in the activities of the legislature. The legislature is an arm of government; it should be left to function independently. The earlier the party let us (law makers) be, the better for the country and the better for us all”.
On an allegation he made recently that his Senatorial district was marginalised in the appointments so far made by Niger State governor, Abubakar Sani Bello, the Senator insisted that Governor Bello has failed to adhere to Section 208(4) of the 1999 Constitution he swore to protect.
“I still maintain that the distribution of political appointments in the state was not equitable and that Niger East Senatorial zone has been short changed. I disagree that the governor has blank cheque to appoint as he likes without recourse to Section 208(4) of the 1999 Constitution.
“I spoke for my constituents. My action has no personal motive or interest or ambition. I cannot be gagged from speaking for my people. My DNA is for the truth, nobody can gag me”, Umaru stressed.