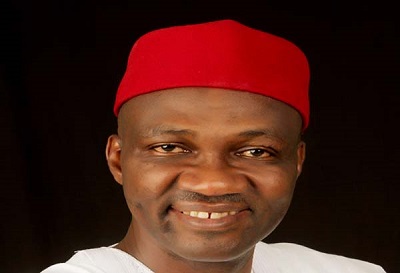 The Vice-Chairman of the Peoples Democratic Party (South-South), Dr. Cairo Ojougboh, has said records and information at his disposal indicate that former Head of State, General Abdulsalami Abubakar (retd.) has no shares in the Centenary City in Abuja.

Ojougboh, who said he has not been served with Court processes as claimed by former Secretary to the Government of the Federation, Senator Pius Anyim, however, advised the former head of state not to allow himself to be used by Anyim, but to stand on the side of truth as it regards the Centenary City project.

This followed Abubakar’s meeting with President Muhammadu Buhari, Anyim and other members of the board of Centenary City Plc, where the contentious issue of ownership, funding and relocation and compensation of original inhabitants of the land to be used for the multi-billion naira project, among others, was said to have been discussed.

Addressing reporters yesterday in Abuja when the Nigerian Unemployed Youth Vanguard (NUYV) paid him a courtesy visit, the PDP chieftain said his investigations revealed that retired General Abubakar was not part of the “corrupt team” but asked the former Head of State not to cover any corrupt person but push for their probe to provide the actual Change Nigerians deserve.

“There is nothing Nigerians can gain from free zone, only Anyim will benefit. But sincerely, all the records and information available to me indicates that General Abdulsalami Abubakar has no share in the Centenary City”, he said.

Ojougboh, however, faulted the former military ruler for allegedly allowing the relocation of a military base for the Centenary City to be cited in its place.

He also reiterated his claim that Senator Anyim is the sole owner of the Centenary City, adding that the Economic and Financial Crimes Commission (EFCC), which he petitioned, was yet to respond to his allegations against the ex-SGF.

National coordinator of the NUYV, Comrade Adodo Solomon, said the group would soon meet President Buhari and cry out to him to fight corruption without turning a blind eye to other issues of national importance.

Solomon added that the group was ready to explore all the relevant democratic and legal means of ensuring that all corrupt people surrounding the Centenary City Project were exposed and made to face the music.