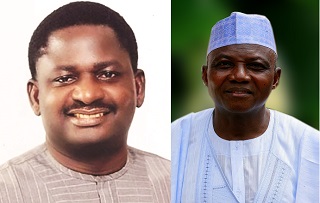 With President Muhammadu Buhari’s recent appointments generating widespread backlash from a cross-section of Nigerians, a member of the National Executive Council of the pan-northern socio-political organization, Arewa Consultative Forum, Mohammed Abdulrahman, has accused the President’s handlers of lacking thoroughness in managing the situation.

The Special Adviser to the President on Media and Publicity, Mr. Femi Adesina, on Friday defended the appointments, saying the seeming lopsided nature of the appointments would “balance out very soon”.

Adesina said the president was aware of Federal Character principle as enshrined in the constitution, adding that he would still make some appointments in September.

The Senior Special Assistant to the President on Media and Publicity, Garba Shehu, had on Saturday too called on Nigerians to be calm over the recent appointments, saying their concerns had been noted.

Shehu added that President Buhari would strive to ensure no part of the country is left feeling marginalized as a result of appointments.

However, Abdulrahman faulted President Buhari’s spokespersons for not managing the situation adequately.

He said, “Buhari’s men are not thorough people. They are good but they don’t seem to know anything about administration. They need to check the pulse of the nation; they need to go through Facebook and newspapers to see what people are saying.

“It is not that what people are saying always matters but it will enable them to give sufficient justification. They (Buhari’s aides) are supposed to assist the President to look good and to justify his actions. That is what the President’s men should be doing; they are not doing it. Instead, all of them are waiting for (upcoming) appointments.

“The road to appointments has to be well navigated. Besides, the man (Buhari) has just spent only about three months (as President); why is it that everybody is so concerned, as if it is the ‘fulltime’? The basis for criticising his first appointments is not there now; otherwise, what are they comparing it with?”

According to the ACF chieftain, when ex-President Goodluck Jonathan’s appointments were published, about 95 per cent were southerners, while the North had only about five per cent.

He also stressed that many more appointments were coming and that it was too early to draw conclusions.

Abdulrahman explained that Buhari’s appointments might have been based on priority of agencies that required the most attention.

He added, “These are the Class A areas, where the issue of revenue is important. Customs requires revenue; he needs to reposition those places and he is going to put only people he can trust there. It is not that he doesn’t trust any part of Nigeria, but Jonathan’s government has left office; people should publish the entire list of his appointees for comparison.

“I don’t believe that with the presence of people like (Imo State Governor) Rochas Okorocha, (former Governor of Anambra State, Chris) Ngige, (former governor of Lagos State, Babatunde) Fashola and (national leader of the All Progressives Congress, Asiwaju Bola) Tinubu, Buhari can fill the slots with northerners”.