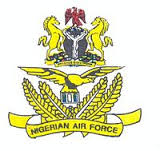 Immediate past Chief of Air Staff, Air Marshal Adesola Amosu has said that there are military equipment meant for the Air Force capable of tracking and neutralizing Improvised Explosive Devices mostly used for soft target attacks and bombings, which the Boko Haram terrorists have used in several attacks.

However, he pointed out that this hardware and other such equipment which are produced by the United States of America and could be of immense benefit to the Nigerian Air Force can’t be sold to Nigeria as they are only meant for NATO countries and are barred from third world as well as African countries.

“The decision of the American government to review its ban on sale of military equipment to the Nigerian military is a welcome development. There are some capabilities particularly for the air force that are needed to enhance operations. Essentially there are three issues that affect the operations of this nature (war on terror); one of them is the mission responsiveness; another one is the flexibility and capability, and when it comes to capability, whatever we can get from any nation is welcome,” Amosu said during his flying out ceremony at the NAF base, Abuja.

“With this capability, particularly when it comes to force protection, we can actually do most of the surveillance here so that we will be able to detect if you have IEDs around location with ease. But right now we are not enjoying that so we are hoping that the US will lift ban on that area, and let us have the capability that they extend to NATO nations which I think will be fine.”

“The fight against terrorism is going to receive higher boost. I want to assure you that the people we have left behind are part of the team, and of course we know that the freedom of movement and action of the Boko Haram terrorists have been substantially depleted. What is left now is mop up exercise and to make sure some of our borders are completely closed and secured.”

“Nigeria needs its gallant armed forces to rise to the challenge of defending the country against the scourge of terrorism and restoring the peace and security necessary for sustained development. Security and peace will return and then the atmosphere for prosperity will take effect. We are very sure and confident that we are leaving the services in capable hands,” Amosu said.