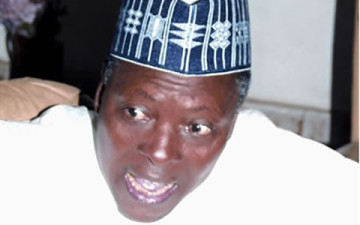 The Convener of the Coalition of Northern Politicians, Academics, Professionals and Businessmen, Dr. Junaid Mohammed, has dismissed the statement credited to a former Governor of Anambra State in the short-lived third republic, Dr. Chukwuemeka Ezeife that the Igbo have not been treated fairly in the governance of Nigeria.
The former governor had argued that President Muhammadu Buhari’s appointment of Dr. Emmanuel Ibe Kachikwu, who hails from the Igbo-speaking part of Delta State, as Group Managing Director of the Nigerian National Petroleum Corporation, NNPC, was not enough to appease the South-East.
“It is not atonement for the many neglects and insults that have happened with the National Security and Civil Defence Corps, the Nigerian Maritime Administration and Safety Agency and other agencies. How would a President appoint people into key positions in Nigeria, yet none of them is Igbo? What kind of thing is that?
“On merit, we have the best people in Nigeria and that is not boasting. On motivation, it is the same thing. If Buhari wants to ignore federal character, we are not begging him for any appointment”, Ezeife was quoted as saying.
Reacting to the sentiments expressed by the elder statesman, Mohammed insisted that people of the Igbo nation have enjoyed favourable treatment.
He added it was wrong to reward the Igbo simply on the basis of the Nigerian Civil War, which lasted between 1967 and 1970.
Mohammed said, “If it is about Buhari making the appointments based on merit, I have no problems with it. I don’t believe Buhari or Nigeria owes any Igbo anything. I don’t care what Ezeife says; if they had seceded, there would have been no Nigeria today. As people who acted outside the interest of Nigeria as a country, to expect compensation is a very odd logic.
“If the Igbo don’t like it, they can attempt secession again. If they do, they must be prepared to live with the consequences. Nobody owes them anything and nobody is out to compensate them for anything”.
The Russia-trained medical doctor-turned-politician also condemned claims that Buhari’s appointment of northerners into key positions in government was done out of ethnic sentiment.
He said, “They (critics) should tell us which ethnic groups have been favoured by Buhari in the course of making his appointments in parastatals and agencies. Those who are making those allegations, particularly the Igbo, have not told us exactly which parastatals.
“For example, an Igbo man has just been appointed as the head of the NNPC, one of the most important government agencies in Nigeria. And over 50 per cent of those appointed before him were also Igbos. So, if people decide to be mischievous, there is nothing anybody can do about it. As far as I am concerned, those appointed have been good and credible persons”.
On reports that Buhari may head the petroleum ministry for the next 18 months, Mohammaed pointed out that there was no living Nigerian at that public level who knew as much about the ministry as Buhari.
He added that there is full justification for the president to be petroleum minister for as long as he desires.
He added, “Moreover, the consequences of what happens in the oil ministry are so dire. When one looks at the track record of the past minister, one can see what we have to deal with as a country as a result of her being made a minister.
“In fact, I encourage him to retain the defence ministry because we are in a state of war and he is a distinguished retired general who has headed every single division of the Nigerian Army during his service. If he decides to be the defence minister, I would be more than glad”.