The Executive Secretary of the Center for Crisis Communication CCC, Air Commodore Yusuf Anas (rtd) says Boko Haram members have made contacts with the center to initiate dialogue with the federal government on how to stop their activities in Nigeria. 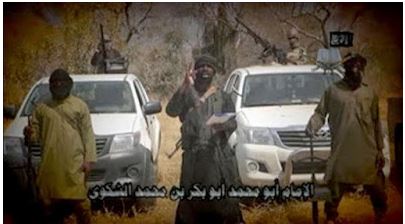 This comes after President Buhari stated in a recent CNN interview that he’s open for dialogue with the sect members.Air Comodore Anas said this during a press briefing in Abuja today August 4th.

“The efforts by some members of the group to get across to the Centre and the discussions we have had, have been encouraging. We have taken measures also to ascertain the genuineness or otherwise of these persons. We believe they are ready for genuine dialogue. However, discussions are still ongoing and nothing concrete has been arrived at, but it is an opportunity to interact with what I call insiders in the Boko Haram group. Some prominent Nigerians have in recent times canvassed the idea of dialogue with the Boko Haram. The option of dialogue according to them, at the moment provides a leeway of not only safely rescuing the abducted Chibok School Girls alive but also possibly bringing to an end, the orgy of violence unleashed on innocent Nigerians by the group. Considering the unspeakable atrocities which the group has visited on Nigeria and Nigerians, this option is no doubt a hard sell. However, the recent statement of President Muhammadu Buhari on government’s readiness to negotiate with credible members of the sect has rekindled hope for dialogue. From discussions held so far, the members seem to be speaking on behalf of a cross section of the group. They expressed willingness to come forward to make certain proposals on behalf of other members of the group. If we pursue this line, I believe something positive will come out. The Centre however suggests that such dialogue should be done with every sense of caution and responsibility bearing in mind the previous disappointments that attended attempts at negotiations” he said.