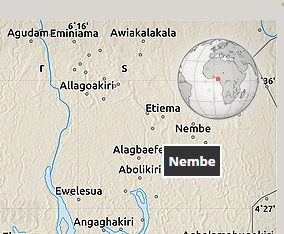 The Defence Headquarters (DHQ) has confirmed an attack on one of its locations at Nembe Jetty, near Ogolomabiri Community in Bayelsa State by suspected oil bunkerers.

A statement on Saturday by the Acting Director, Defence Information, Colonel Rabe Abubakar said that the incident is being investigated. According to him, the Joint Task Force Operation PULO SHIELD is working to apprehend the perpetrators of the attack.

The Defence Headquarters vowed that the military will deal decisively with anybody or group involved in the attack and similar acts of sabotage on the nation’s economy.

While reiterating the commitment of the military to securing the lives and properties of innocent citizens nationwide, Col Abubakar solicited the cooperation of members of the public with timely information to the military or any other security agencies so as to avert furture occurrence of such ugly incidence.