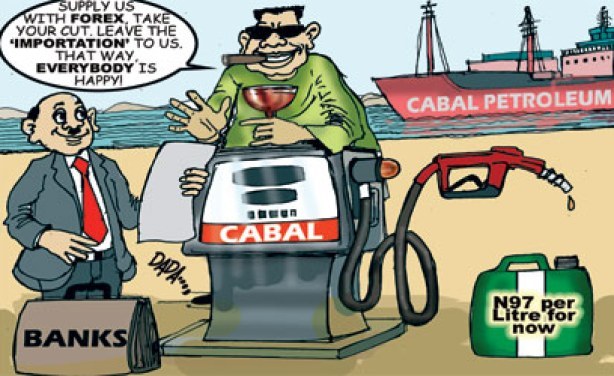 Emir of Kano, Muhammad Sanusi II, yesterday, urged the federal government to remove oil subsidy as it would go a long way in stopping corruption in the country.

Speaking at one-day Symposium on 2015 Budget of the Federal Government of Nigeria, organised by the Institute of Chartered Accountants of Nigeria (ICAN) in Lagos, with the theme Come Back Nigeria: The Nation’s Fiscal Challenges and Way Forward for the New Administration, Sanusi said that stopping subsidy was the first step to sanitising the country’s economy and ensuring structural reforms in all ramifications.

He criticised government’s resort to huge external borrowing to finance budget deficits even when there was minimum impact in the lives of Nigerians.

“One of the major challenges of the country over the years, in spite of its abundant resources, has been over-dependence on oil revenue and lack of structural reforms.

“This is caused by irregular budget cycle, fiscal indiscipline, huge cost of governance, poor budgeting ethics, implementation processes and weak structures and these have continued to contribute to poor economic performance.

“We spend so much and generate little revenues. We can begin to restructure our economy by fixing the revenue chain and blocking the leakages.

“And one way of doing that is by stopping subsidy because it gives room for corruption in our country,” he said.

Governor of Lagos State Akinwunmi Ambode, who also spoke, said that the nation was going through a critical period that called for decisive reforms to reverse the direction in which the economy was heading.

Represented by the Deputy Governor, Dr Idiat Adebule, Ambode said the ultimate objective of a budget was to meet the yearnings and aspirations of the people.

According to him, a main yardstick for measuring a well designed and implemented budget is not its size but the improvement it has brought into people’s lives.

“It is evident that our budgets have over the years fallen short of these expectations. This, no doubt, accounts in no small measure for the general state of our economy today.

“A situation where budgets do not get approved until about six months in the budget year and lack of budget discipline have constituted to the observed cycle of under-performance of our budgets.

“Another factor I consider very crucial is the structure of our budget, which has in most cases been in favour of recurrent at the expense of capital expenditure.

“It is in this light that the recent directive of President Buhari for a reduction of the recurrent estimate must be applauded,” he said.

In his remarks, Mr Femi Deru, the 51st President of ICAN, blamed the deteriorating level of poverty, Naira devaluation and dwindling oil price on systemic failure of budget implementation by the three tiers of government.

“As a stakeholder in the economy, the institute is deeply concerned about the nation’s paradox of poverty in the midst of wealth and other economic problems being faced by the country.

“ICAN is ready to work with government at all level by offering its expertise and make inputs that will be relevant to government policies for the prosperity of the Nigerian economy,” he said.