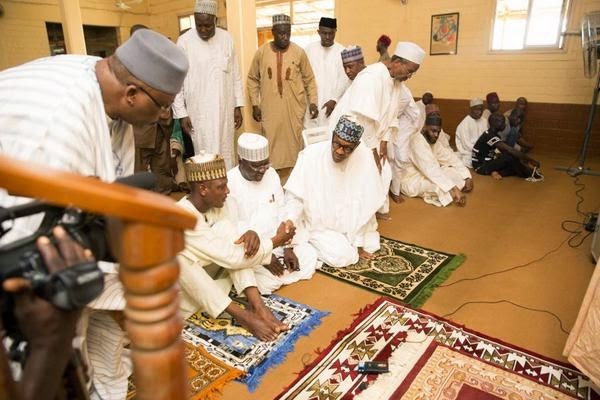 President Muhammadu Buhari has assured all Nigerians that the days of Boko Haram are numbered.

The sect’s reign of terror in parts of the country, he declared, would be finally over very soon, stressing that the ongoing military operation against the terrorist sect will continue relentlessly until total victory is achieved.

In a statement on Wednesday by his Special Senior Assistant on Media & Publicity, Malam Garba Shehu, the president said he had directed the Armed Forces and other security agencies to provide maximum security across the nation during Eid-El-Kabir prayers and celebrations, especially in areas most vulnerable to terrorist attacks.

Shehu said, “President Buhari assures all Nigerians that the days of Boko Haram are numbered.

“Boko Haram’s reign of terror in parts of the country will be finally over very soon as the ongoing military onslaught against the terrorist sect will continue relentlessly until total victory is achieved”.

While felicitating with all Nigerians of the Islamic faith as they celebrate this year’s Eid-el-Kabir, Buhari also congratulated all Muslims who are currently in Saudi Arabia to participate in the rites of the Hajj.

As they joined the global Islamic community in celebrating Eid-El-Kabir, President Buhari urged Muslims and other Nigerians to rededicate themselves to a greater acceptance and internalisation of its lessons of piety, faithfulness, dedication, fortitude, obedience, sacrifice and selfless service, which he said were for the benefit of all mankind.

“The President called for more patience, fortitude, tolerance, endurance, patriotism and a greater willingness to make personal sacrifices for the good of all as his administration strives to lead the nation towards rapidly overcoming its current security, economic and developmental challenges”, the statement added.

The statement also conveyed President Buhari’s pledge to all Nigerians that their safety, well-being and progress remain uppermost in his thoughts and actions, and he would continue to work with all his might to deliver the positive changes in national life which they expect after his election and inauguration as Head of the Government of the Federation.

“The President extended heartfelt commiserations to families in Maiduguri and North-Eastern Nigeria who had lost beloved relatives in recent terrorist attacks, noting that his thoughts and prayers for divine solace were with all those who had been callously plunged into mourning by mindless terrorists, when others are celebrating the Eid-El-Kabir”, the statement concluded.