Home Politics I’m Not Bound By Law To Declare My Assets To The Public...
Facebook
Twitter
WhatsApp

Governor Nyesom Wike of Rivers State, said on Wednesday that he had declared his assets to the Code of Conduct Bureau in accordance to law.

Wike explained that he had by his action, fulfilled the country’s constitutional requirement, adding that public declaration of assets was not part of the dictates of the law.

Speaking through his Special Adviser on Media and Publicity, Opunabo Inko-Tariah, the governor pointed out that it was necessary for people to de-emphasise asset declaration, stressing that the sincerity behind such an exercise was the most important thing.

According to Wike, some public office holders could declare more than their assets to pave the way for them to steal public funds in future while others, who had held public offices in the past, might not disclose fully their assets in order to give the impression that they were never involved in corrupt practices while in office.

He stressed that the most important thing was for public office holders to deliver the dividends of democracy, adding that his main interest was to develop the state and the people.

“Let me also say that it is not just about asset declaration; it has to do with the sincerity of the person because some may ‘over-declare’ when they want to steal in future. So, they declare to accommodate the theft in future.

“Some may also declare for whatever reason; maybe they have held public offices in the past and they don’t want people to know that they have stolen money. So, people will ‘under-declare’; it is not all about the declaration of assets.

“What is crucial is the sincerity of the person declaring and you are supposed to declare when you get out of office. But the truth is that if you are a governor or a minister, what matters is the delivery of the dividends of democracy. That is what is important and it is not about what you declare and how much you declare”, Wike added.

On the claim by the opposition All Progressives Congress in the state that most of the projects completed by him were started by his predecessor, Mr. Rotimi Amaechi, Wike said it was wrong for anybody to personalise governance.

According to him, projects that would have an impact on the lives of the people should not be abandoned by any successor.

He said, “The governor (Wike) completed some of the projects Amaechi started, but the governor also initiated his own projects, completed and inaugurated them within 100 days.

“It is a little bit disturbing that people have started personalising governance. They should not personalise governance because it is a continuum. You do the best you can and leave for your successor to continue from where you stopped.

“The money spent on the projects belong to the state and by extension, Rivers people because they pay their taxes. There are some projects that cannot be done within four years and if such projects were not completed, you successor can continue from where you stopped”. 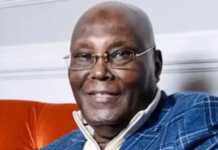 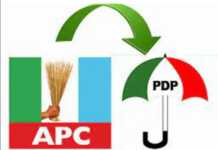