Home News Feed Meet The Senator That Declared His Wives Among His Assets….Right Or Wrong?
Facebook
Twitter
WhatsApp

Senator Shehu Sani is –so far – the only politician to publicly declare his assets after President Muhammadu Buhari and his Vice, Yemi Osinbajo. There are instructive things to note from this. One, Sani declared his wives (and children) as part of his assets. While it is not my place to teach anyone which adjective to use to describe proprietary claims over his own household, listing his family alongside his worldly goods borders on distaste. 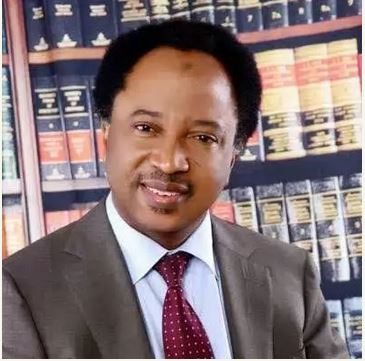 Sani is obviously surfing on Buhari’s wave of “change” and he stated as much with self-awarded righteousness. Sani said, “A clean broom is needed to clean a dirty space. I chose to publicly declare and be pelted than to walk with the stain of suspicion and mistrust splashed on all public office holders by a generation of curious citizenry.” Those words seem to me like those of a man who has been in opposition long enough to know the rules of the game: preempt your critics by telling them their scorn is your cross to bear.

Sani also puts his values on the pedestal: his unabashed declaration of his polygamy is a subliminal appeal to the African values he wants us to know he embodies. In these times when “modernities” are making a fuss about what can enter the marriage institution, nothing announces your Africanness louder than a parade of your wives. As Sani decorates himself with these politico-cultural garlands, he should note he owes us a few more things.

One, the reassurance that public declaration of assets is not being confused with sincere and sustainable anti-corruption plan. Asset declaration is routine and even a public announcement of same as an anti-corruption strategy is not merely cosmetic but seriously naive. By the way, is it not curious that some of these declarations are vague? How does a public official declare that he has “several cars” or a plot of land that he cannot readily locate?

Two, that this is not another episode of Nigerian jokes. Since Buhari declared the modest sum of N30m, there is a probability that those who want to glean from his “Spartan” image will declare a lesser sum; not large to turn them into materialists but not small enough to make them look penurious (because that will be injurious to the image they are gunning for). For maximum effect they will add their wives, children and their intellectual property to the list. While this is not exactly illegal, it can turn to an insidious valorisation of poverty that, in the long run, is simply a cultivation of pseudo-cultural values founded on collective hypocrisy; a spurious appeal to modesty.

By poverty, I do not mean an absence of money. Anyone who can afford either N30m or N22m in today’s Nigeria is neither poor nor Spartan. Poverty in this context is relative – borne of weighing a leader’s material possession against those of his/her contemporaries and arriving at the dubious conclusion that the said leader did not attain more because of either his/her modesty or some talakawa ideology.

Even the said leader might believe this and use it to self-soothe, or derive phony self-satisfaction, or even to deflect a critical examination of his/her life.

For instance, Washington Post recently reported that with the sum of $150, 000 Buhari declared, he could be Africa’s least corrupt leader. I have huge problems with that line of reasoning. First, it is too early to judge Buhari’s corruptibility. He has barely spent 100 days in office and therefore cannot yet be compared to other African Presidents like President of Equatorial Guinea, Teodoro Obiang Nguema Mbasogo or Robert Mugabe of Zimbabwe who have stayed long enough in office to consider the national purse as an extension of their wallets. Two, the assertion about wealth and corruption is problematic because it conflates having money with corruption. Nothing can be more untrue! Lacking wealth is not necessarily synonymous with morality and having money does not make one either immoral or amoral. Sometimes people do not have money because they lack ideas or aspiration.

Buhari was kicked out of office in 1985 at the age of 42 when his energy was still at its peak. He could have dissipated those energies on enterprise, be rich and yet retain his values. Only Buhari knows why he is not richer; why he did not turn his passions into an enterprise; why he has 270 cows but his farm is not an innovative enterprise with at least dairy section and/or meat packing division. Only he can explain why he did not turn his hobby of animal husbandry into a business. Trying to explain it away within the frame of corruption is rather simpleminded.

Three, while Sani has thrown the gauntlet to his fellow public office holders, there is a more important question, “And so what?” What problem does a public declaration of your worldly goods solve in a decadent polity? For Sani, there is a more sincere battle waiting and if he is sincere about becoming an apostle of political virtue, here it is: his earnings as a lawmaker. Sani once swore that when he gets to office, he would be battling fellow lawmakers over their humongous salaries and allowances.

Lately, his “body language” suggests he disremembers his earlier promise. He has gone from a man with those elevated ideals to occupy levels as base as what Ekiti State governor, Ayo Fayose, personifies – exchanging meaningful governance for placatory measures like “stomach infrastructure.” During the last Ramadan festival, Sani turned into Robin Hood, distributing camels and cows to his constituents. He even waxed philosophical about it, stating that camels symbolised endurance, resilience and courage; virtues that Nigerians needed. His defence of this philanthropy indicated that a reduction in National Assembly budget was no longer a priority cause.

In a recent interview, he in fact argued said that federal lawmakers’ earnings was not the issue. What needs be attacked is the system that makes it possible for people to cut such avaricious portions of the national cake. Sani’s argument is decent if one examined it only on the surface. When people who are implicated in social dysfunction encourage their critics to attack the system, they may simply be redirecting attention from their personal (ir)responsibility. William Blake once said, “He who would do good must do it in minute particulars. General good is the plea of the scoundrel, hypocrite and flatterer.”

So this is what Senator Sani can do to walk the talk: he should lay bare his salaries, allowances and the amount of running costs the office he occupies gulps.

In 2009, his fellow lawmaker Senator Sola Adeyeye granted an interview where he detailed how lawmakers were robbing Nigerians. That interview titled, “How the National Assembly robs Nigerians,” Adeyeye pointed out that the money lawmakers collect to run their office – from travelling funds to stationery costs – was a state-sanctioned license to rob Nigeria. Now that Sani himself is a senator – and hopefully still retains his activist/aluta spirit, can he do himself the favour of keeping that promise about National Assembly budget? That is one open declaration that concerns Nigerians, one capable of –hopefully – jumpstarting a national conversation, not the number of wives in his harem.