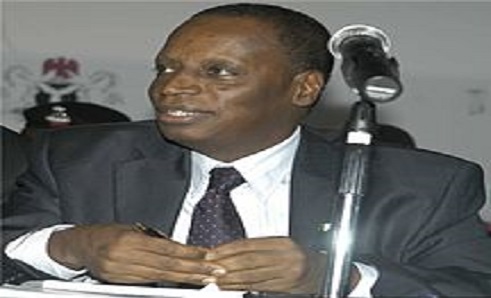 A former Minister of Finance, Dr. Shamsudeen Usman, has advised President Muhammadu Buhari to carry on with projects initiated by his predecessor in office, Dr. Goodluck Jonathan.

Speaking at the 56th annual conference of the Nigerian Economic Society on Monday, Mr. Usman said continuing with previous projects initiated by the previous administration will ensure growth and development in the country.

The former minister said Nigeria has over the years planned richly but lacked consistency in leadership and implementation.

“What is lacking is really leadership and consistency. So I am happy to know that our new president is providing that clear leadership, which is very critical, because it’s the message signal from the top”, said Mr. Shamsudeen, who later became a Minister of National Planning.

“Nigeria is not lacking in good plans; good polices. Most of these things have actually been done; identified. They are in one government file or another. The issues are the same”.

“What is important is continuity and determination and implementation”, he said.

He added that effort of the transition committee was commendable and deserved implementation.

“Implementation, especially honest and decent implementation is what is necessary”, he stated.

Mr. Usman, who holds the record of being the first Nigerian Minister to publicly declare his assets before assuming office as a public officer, said the current leadership style adopted by President Buhari was worthy of emulation because it made “followership” easy, adding that sincerity of purpose in leadership is key.

Delivering a keynote address at the event, a former president of NES, Akpan Ekpo, said the problem of lack of development despite increased growth, is aggravated by the lopsided nature of growth in the economy.

“If growth is evenly distributed, then poverty will be reduced”, Mr. Ekpo stated.

The former NES president said the economic strategy adopted by the last administration did not produce significant impact, adding that the situation was worsened by increased poverty and lack of stability in economic policies.

Also at the event, the current NES president, Olu Ajakaiye, said Nigeria was characterised by the paradox of growth, deepening poverty and gross inequality.

He said the conference which was tagged; “Attaining inclusive growth in Nigeria, prospects and challenges”, was aimed at proffering solutions to the many causes of inequality in the country.