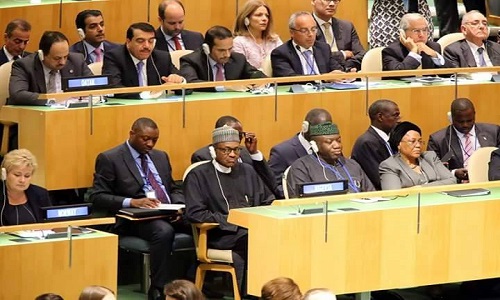 The Ekiti State chapter of All Progressives Congress (APC) has commended and thanked President Muhammadu Buhari for nominating the former Governor of the state, Kayode Fayemi as a member of the Federal Executive Council.

The party said by that gesture, the president was sending a signal that hard work and vision to faithfully serve the nation would not be overlooked in the reward system of his administration.

The state APC Publicity Secretary, Taiwo Olatunbosun, in a statement in Ado-Ekiti on Wednesday, said that Buhari’s gesture was also a testimony to the life of honour and devotion to duty, which marked out the ex-governor as a dependable and forthright compatriot always eager to lend himself to patriotic service of the nation.

The Ekiti APC assured Buhari that he had made a right choice and could always count on Fayemi as a dependable lieutenant, always eager to advance the course of democracy and good governance, which hallmarked the president’s change agenda to lift the country out of poverty and restore hope among Nigerians.

“Fayemi fits into the change agenda espoused by President Buhari. In the four years as the governor of Ekiti State, he raised the bar of good governance and posted benefits of democratic representative governance to the level never witnessed in the state since its creation.

“We are rest assured that he will bring the same spirit to bare in steering the wheel of the change agenda to the satisfaction of the President and to the applause of Nigerians”, Olatunbosun said.

The statement called on those allegedly plotting to scuttle his screening to have a change of heart, as Fayemi was a rare breed who had set an international benchmark that could not be rubbished by local discontent fueled by political prejudices.

“Fayemi is an international scholar whose services are needed in all four corners of the world. His pedigree and practical demonstration of his abilities had been tested in his many life-lifting programmes and infrastructure development schemes in Ekiti State.

“Besides this is his record of transparency and accountability in Ekiti State, which we believe is what propelled President Buhari to pick him as the minister.