Home News Feed Oh No! Russian Plane Carrying 224 Passengers Crashes Over Sinai, Egypt
Facebook
Twitter
WhatsApp
A Kogalymavia passenger plane carrying 224 people has crashed in Egypt’s Sinai penunsula. The airliner took off from the Red Sea resort of Sharm el-Sheik this morning, and was heading for Russia, according to aviation sources, when it disappeared from radar. It’s believed the plane was mainly carrying Russian tourists. 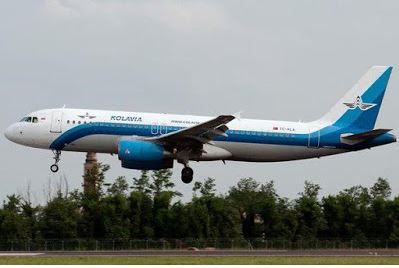 The plane was carrying 212 passengers and 7 crew members. 17 of the passengers are children.
Airbus A321 left Sharm-El-Sheikh for St. Petersburg with flight number 7K9268. It belongs to airline Metrojet and was 18.5 years old and was descending with about 6000 feet per minute just before signal was lost. The captain told ATC after departure of a technical fault and requested a route change.

Local media says a recovery team is now at the site of the crash.