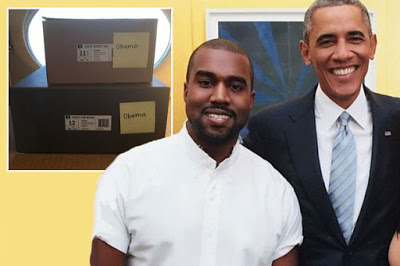 So we all heard about Kanye West’s intention to run for President in 2020, well President Obama also heard about it. While speaking at a Democratic National Committee fundraiser in San Francisco, yesterday, Obama discussed Kanye’s recently announced political ambitions by giving Peezy (The nickname he gave Kanye West) some solid advise. 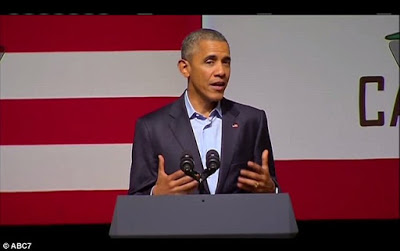 “You may have heard about this, Kanye is thinking about running … for Speaker of the House.

“But in case Kanye is serious about this whole POTUS (President of the United States) thing, or as he calls it Peezy, I do have advice for him.”

He said: “First of all, you’ve got to spend a lot of time dealing with some strange characters who behave like they’re on a reality TV show. “So you’ve got to be cool with that.”

Obama had clearly done his homework on Kanye as he referenced the rapper’s fifth studio album, My Beautiful Dark Twisted Fantasy, for his next tip.

He added: “This is the second tip, saying that you have a beautiful, dark, twisted fantasy. That’s what’s known as ‘off message’ in politics, you can’t something like that.”

‘And number three: do you really think that this country is gonna elect a black guy from the south side of Chicago with a funny name to be president of the United States? That is crazy. That’s cray.’ 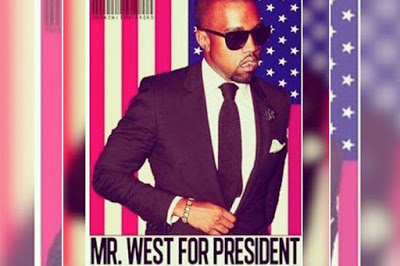 Kanye West who was scheduled to meet the President the same day responded by gifting the President 2 pairs of Yeezy sneakers which Kim K shared on her IG page. 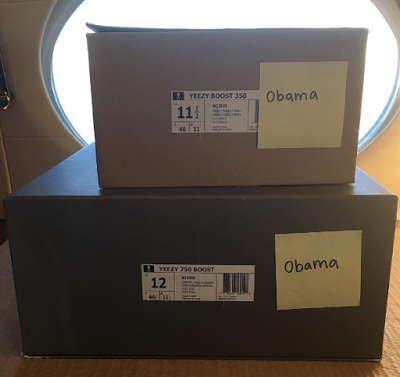 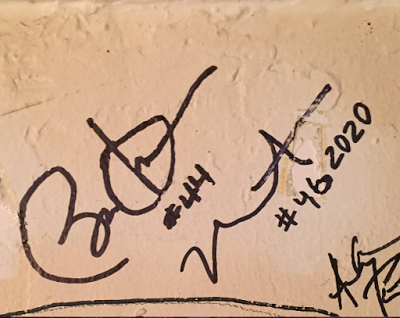