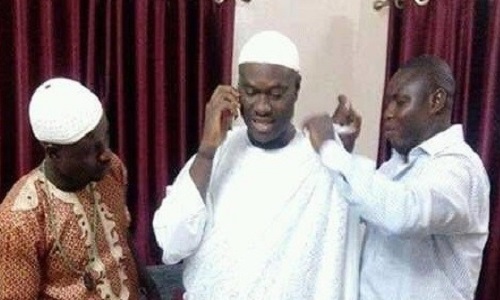 Ogunwusi was announced on Monday as successor to the Late Oba Okunade Sijuwade.

President Buhari, in a congratulatory message by his Special Adviser on Media and Publicity Mr Femi Adesina, asked the new Ooni to work with his government for the greater peace and progress of the country.

Adesina said the president rejoiced with Ogunwusi on his nomination by the kingmakers of Ife after a keenly contested but peaceful selection process, and confirmation by Governor Rauf Aregbesola of Osun State.

According to Adesina, as Ogunwusi prepares to begin the rites of ascension to the revered throne of his great ancestors, Buhari urges him to commit himself to carrying all his subjects along to a new era of peace, stability and progress in Ife, Yorubaland and Nigeria as a whole.