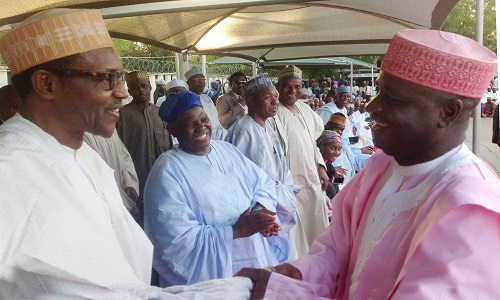 With just about six months into his first tenure of four years, President Muhammadu Buhari has received the backing of former governor of Sokoto State, Senator Aliyu Magatakarda Wamakko, to rule beyond 2019 in order to address the rot in the country.

Speaking when he hosted students of Faculty of Law of the Usmanu Danfodio University, Sokoto, Wamakko said four years would not be enough to resuscitate the country.

“We cannot expect miracle from the president in view of the enormous damage done to the country, he needs to be given opportunity to be around beyond 2019”, he said while responding to questions from students on the direction of the Buhari administration.

The senator said President Buhari has been working hard in the five months of his administration to put the country on the right track of development.

“With the conclusion of ministerial screening, the administration would in no time shift to more actions on the development of the country”, he added.

Wamakko further said “the fact that we are able to sack the former weak and ineffective administration, we have started the journey to prosperity in the country”.

Earlier, leader of the students, Abdullahi Ibrahim, said they were visiting the National Assembly as part of their academic tour.