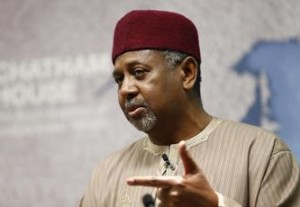 The former National Security Adviser (NSA), Col. Sambo Dasuki (rtd) has sued the Federal Government over allegation that men of the Department of State Services (DSS) were laying siege on his Abuja home.

In a fundamental rights enforcement suit filed on Monday, Dasuki wants the Federal High Court, Abuja to compel the federal government and its agents, especially operatives of the DSS to immediately vacate his premises on 13, John Kadija Street, Asokoro, Abuja.

DSS operatives had stormed Dasuki’s house few days ago in a move meant to prevent the former NSA from travelling to the United Kingdom for medical check-up. The Federal High Court sitting in Abuja had earlier granted him permission to travel.

At Dasuki’s residence, the operatives, who had stormed the area in two black patrol vans, remained at the gate of the residence of the former NSA. Dasuki, who was billed to travel out of the country last Wednesday, through a Lufthansa flight, cancelled the trip on discovering that DSS operatives were waiting for him at the airport.