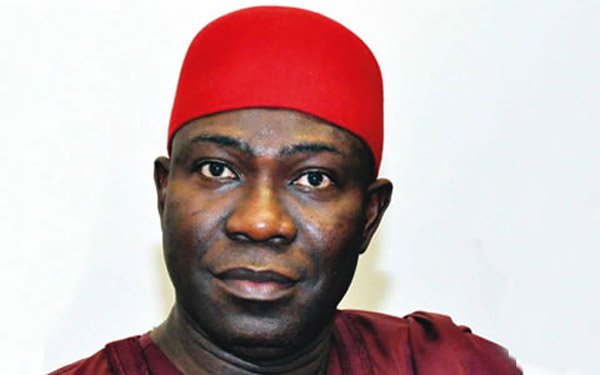 The youth wing of Ohanaeze Ndigbo, the pan-Igbo socio-cultural organization, has called on the Inspector General of Police, Mr. Solomon Arase, to ensure a thorough investigation into the alleged assassination attempt on the Deputy Senate President, Dr. Ike Ekweremadu.

Mr. Ekweremadu in a statement issued by his media aide on Tuesday, said suspected assassins tried unsuccessfully to ram into his vehicle as his convoy drove through some parts of Abuja while he was en route the National Assembly.

The game plan of the suspected assassins it would seem, was to cause a fatal accident involving the vehicle of the deputy Senate president.

Reacting to the incident, the youth, under the aegis of Ohanaeze Youth Council, in a press statement issued in Umuahia, the Abia State capital Wednesday, raised the alarm that “the highest Igbo political office holder is being hunted for elimination”.

Signed by the Council’s National President, Mazi Okechukwu Isiguzoro and Secretary, Okwu Nnabuike, the group challenged Mr. Arase to fish out those behind the evil plot to kill Ekweremadu.

Warning that killing of the deputy Senate president portends danger for the country, OYC said, “should anything happen to Ekweremadu, Nigeria will not remain the same again”.

According to them, any harm on Ekweremadu amounted to a declaration of war against Ndigbo, which must be resisted at all cost.

The statement said the Ohaneze Youths were prepared to provide security for the deputy Senate president to ensure his safety.

“We are ready to stake our lives to ensure the safety of Ekweremadu. If those who opposed his emergence as deputy Senate president now want to come after his life they will still fail just as they failed to stop his ascendancy”, the Igbo youths declared.

The OYC also asked the Federal Government to come clean to Nigerians on the real owners of Systemspecs, owners of REMITA, the e-collection platform in the centre of N25 billion alleged fraud in the Treasury Single Account (TSA).