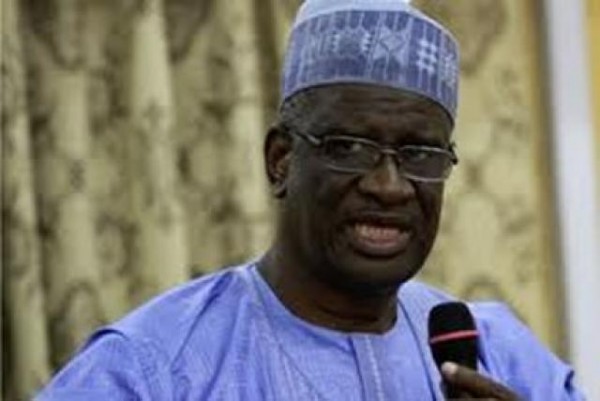 The Economic and Financial Crimes Commission, EFCC, is set to commence the prosecution of ex-Minister of Defense and former national chairman of the Peoples Democratic Party, Dr. Haliru Bello Mohammed, and his son, Abbah Mohammed, for their alleged role in the diversion of funds meant for arms procurement in the immediate past Goodluck Jonathan administration.

The EFCC has already filed charges against the duo at a Federal High Court, Abuja where it was learnt that the former PDP chair and his son are likely to be arraigned on a 4-count charge bordering on Money Laundering on Tuesday, December 29 or Wednesday, December 30.

Towards this end, the EFCC yesterday arrested Abbah but his father is said to be on admission for an undisclosed ailment at an Abuja hospital.

Mr. Mohammed was said to be in a poor state of health to report to the EFCC ahead of his imminent arraignment.

The former PDP national chairman and his son were fingered in the N31billion slush funds distributed to some PDP stalwarts for the 2015 election campaign by the Office of the National Security Adviser, ONSA.

A former Minister of State for Finance, Amb. Bashir Yuguda, who is currently on trial in two separate courts in the FCT High Court of Justice, in a Statement of Witness/Caution which he wrote on oath, admitted paying N300 million into the account of BAM Properties, which was provided by Mr. Mohammed on the instruction of the embattled former NSA, Sambo Dasuki.

Abbah was implicated in the investigations following the questionable payment of N600 million to him by the ONSA, for reasons yet to be ascertained.

The Nation newspaper quoted a top level source, who is familiar with the investigation as saying: “we have reached an appreciable bend in our investigation of the former National Chairman of PDP and his son, Abbah.

“Part of the $2.1billion meant for the purchase of arms has been traced to BAM Properties through authorization by the former PDP boss.

“All is now set for the prosecution of Haliru Bello Mohammed and Abbah Mohammed for their role in the diversion of funds meant for the procurement of arms in the office of the National Security Adviser.

“The EFCC has already filed charges against the two suspects at a Federal High Court in Abuja.

“Though the matter is yet to be assigned to a specific judge, the former minister and his son are most likely to be docked on a four-count money laundering charge on Tuesday, December 29 or Wednesday December 30.

“Abbah Mohammed is alleged to have received N600m from ONSA in the name of BAM Properties”.

In response to a question, the source added: “We have already arrested Abbah in preparation for his trial. He has made a useful statement; it is left to him to prove his innocence in court.

“As for the ex-PDP National Chairman, he is hooked up in a hospital in Abuja on medical grounds. We are keeping a close tab on him, including update on his health status.

“We will however prefer charges against him and his son. We hope he will be on his feet on time for his trial”.