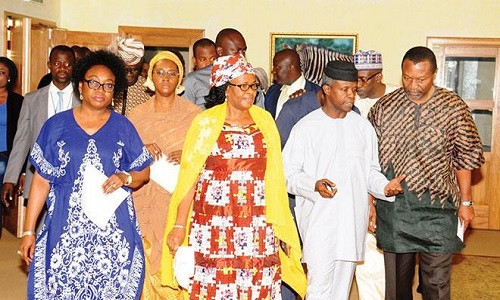 He made this disclosure in an interview with State House correspondents on Saturday after Vice President Yemi Osinbajo visited the Old Banquet Hall of the Presidential Villa where government officials are working on the 2016 budget.

According to Udoma, President Muhammadu Buhari’s administration was introducing zero-based budgeting “which means that every activity must be justified in accordance with the principle of this administration”.

“We have camped people here to do data clean-up and integrity checking in preparation for the budget. We invited the vice president to come and see what we are doing”, he added.

Sen. Udoma said after this process, the Federal Government would start what he called “bilateral discussions” with the various Ministries, Departments and Agencies (MDAs).

The minister also stated that next week, the Federal Executive Council (FEC) would approve the 2016 Medium Term Expenditure Framework.

“Next week, we will get approval from council for the MTEF. After that, we will have numbers to give them. So, we are working very hard to ensure that the budget is out before the end of the year”, Udoma said.