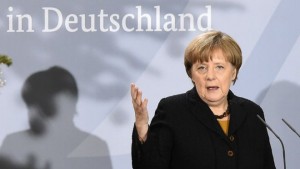 Germany has registered 964,574 new asylum-seekers in the first 11 months of the year, putting it on course for more than a million in 2015. The number of migrants arriving has not slowed despite the winter cold, with a record high of 206,101 in November.

German Chancellor Angela Merkel said in August that the country expected 800,000 asylum-seekers over the year. Documents leaked in October suggested the government was privately anticipating the arrival of up to 1.5m. Germany has registered more asylum-seekers than any other nation in Europe, although at about 1% of its population, less per capita than several smaller nations.

Registered asylum seekers are not always accepted however, and rates of success vary from country to country. Fewer than 10% of applicants last year in Hungary – which has one of the highest shares of asylum-seekers in Europe – resulted in a positive decision. The rate in Germany was 42%, while in Sweden – which registered the highest number of applications per capita – it was 77%. Across the EU, the success rate about 45%.