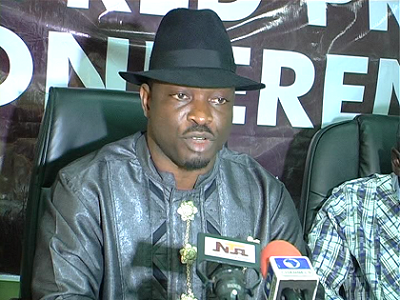 The Ijaw Youth Council, IYC, worldwide, has lauded President Muhammadu Buhari for commencing the process of reorganising the Niger Delta Development Commission, NDDC, with the appointment of former Rivers State Commissioner of Information, Mrs Ibim Semenitari, as acting Managing Director for the commission.

The IYC President, Udengs Eradiri, who spoke with newsmen in Yenagoa, the Bayelsa State capital yesterday, said that since Mr. Buhari has commenced the process of reorganising Nigeria, the NDDC was key for restructuring, adding that if the appointment was geared towards that purpose, the president deserves to be commended.

Eradiri urged President Buhari not to allow the NDDC to be used as a tool for political battles and called on Mrs. Semenitari to ensure that the commission was managed properly.

“I commend President Buhari for beginning the process of reorganising the NDDC. One of our biggest problems in the Niger Delta is the institution run by Niger Deltans to empower the people and develop the region that is now a conduit pipe for stealing money by Niger Delta people.

“We are our biggest problem. The NDDC is becoming a problem to us in the region. But since the President has begun the process of reorganising Nigeria, the NDDC is key to restructuring the Niger Delta.

“So, if the appointment is geared towards reorganising the commission, we commend the President for it but we hope that they will not turn the NDDC into a tool for vendetta and political battles”.

The IYC leader also called on President Buhari to decentralize the NDDC for efficient productivity and better management of resources.