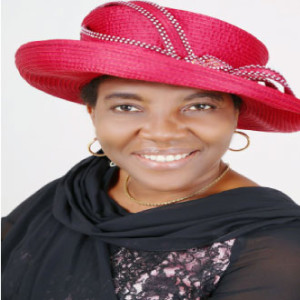 In a society where youths, particularly students, are literally averse to reading their books, the tendency is for them to fail their examinations. And when this happens repeatedly, such students take the option of dropping out of school.

That is not all. Some of these dropouts end up engaging in anti-social activities, such as armed robbery, kidnapping and prostitution, to the detriment of their respective families, and by extension, humanity.

However, even some students who were able to pull through their secondary and university education, have taken to these unwholesome acts, and have usually blamed their deviant behaviour on the mantra of unemployment.

Interestingly, some Non-Governmental Organizations, NGO’s, have developed programmes aimed at reviving reading culture, especially among secondary school students. This is in addition to inculcating moral values among these students to make them tow the path of rectitude, and ultimately become useful and dependable citizens.

One of these NGO’s is the Enugu-based Pleasant Gathering Club of Nigeria, PGCN, founded in 2006, by Barrister Joy Ogbonnaya. The organisation, according to its founder, is geared towards raising the moral antenna of contemporary youths, particularly students, and creating for them a veritable avenue to return to their books, with a view to excellently passing their examinations.

No fewer than 1000 students drawn from secondary schools within Enugu metropolis and beyond, attended last year’s convention, but this year’s outing held at the gymnasium hall, Nnamdi Azikiwe stadium, Enugu, attracted over 3000 students.

According to Ogbonnaya, the organisation has established Pleasant Reading Clubs in about 27 secondary schools within Enugu metropolis, where students go every working day to read relevant books that would enable them pass their examinations without hazzles.

“We have volunteers that go to these secondary schools to mentor these young people on the need to read their books, and who also find a way to restore the moral habits of these younger generation, which have without doubt, led to the moral decadence we are seeing around us in the society.

“We aim at reducing the criminal activities going on all over the place. We believe that If we are able to mentor the students and youths, and ensure that they are on track, we must certainly have a better Nigeria in the future”, said the founder of PGCN.

“This programme has positively impacted on my reading habits. I have now taken reading seriously, and I am confident of getting distinction in my West African School Certificate Examination, WASCE,” enthused Godson Okorie, one of the participants.

Okorie further told LEADERSHIP Weekend that he has done away with some of the anti-social behaviours he had previously indulged; attributing this to the advice he received from PGCN counselors.

At the Enugu convention, the participants were taught how to make ice cream, bleach, perfume, and also how to braid hair among other skill acquisitions. Ogbonnaya explained that the organization embarked on the skills acquisition programme to enable the students become self-employed when they leave school, given the rising unemployment rate in the country.”If we are able to empower these students now, they ‘ll become self-employed when they leave school”, said Ogbonnaya.

“We also have what we call ‘Stop-Prostitution-Campaign’. This campaign is aimed at reaching out to young girls who engage in prostitution as a way of life.   We end up talking to them, and making them realize that prostitution is an awful profession. We try to make them understand that they could be useful to themselves and the society by engaging in worthwhile ventures other than prostitution.

“We also have what we call Pleasant Gathering stop drug abuse campaign which is also meant at reducing the intake of drugs among the youths and ensure that everything about drugs among young people is terminated.

“And we also have youth conferences and seminars that bring youths – not students – together – twice every year. We just held one in September. They are made up of undergraduates, graduates, artisans including young mothers and young fathers – people who are young at heart.

“We also have the Pleasant Gathering Free Medical Outreach in rural communities. We use the opportunity offered by this medical outreach to preach the word of God to the people.

“This year, we were at somewhere in Nara in Nkanu East local government area. We were also there last year. This year, our medical team treated close to 1,400 patients of various ailments free of charge. “

On what inspired her to establish PGCN

Barrister Ogbonnaya, whose husband is a plastic surgeon at the National Orthopedic Hospital, Enugu, said she started PGCN because of “the drive and passion I have for young people.

According to her, “it has not been easy dealing with this high number of students, and going out at night at Otigba junction, Enugu, to reach out to the prostitutes. Sometimes I get there by 8 p.m. with my team, and we remain there till 1 a.m. in the morning talking to these prostitutes to abandon prostitution as a profession, and acquire skills that would help them live decent lives.”

Otigba junction – located at Enugu city centre – is home to all manner or prostitutes – including young girls who claim to be students of some of the tertiary institutions in the South-East geo-political zone, but were forced into prostitution because they have nobody to pay their school fees.

On combining her matrimonial home with her NGO

“I think God gave me an understanding husband. Because if the home front is not in order, it will affect whatever you want to do. And so by the grace of God I have a husband that has come to understand the vision that God gave to me, and has decided to back me up, and to see to the success of this programme.

“This is a faith based NGO, so nobody is funding us. So, we are calling for support,”she said.