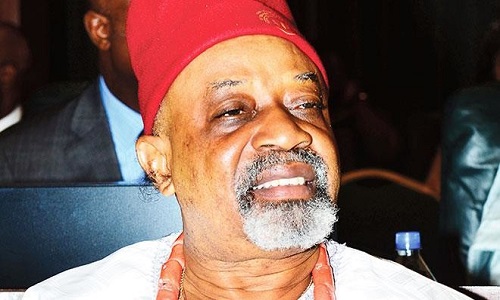 The highly anticipated N5,000 monthly allowance the All Progressives Congress, APC, promised to pay unemployed youths will not go to indolent people, the Minister of Labour and Employment, Dr. Chris Ngige has said.

The Minister stressed that no country would give free money; including Nigeria.

Speaking to Journalists at the National Secretariat of the APC in Abuja on Thursday, Ngige revealed that the Federal Government would ensure that the youths were trained in various skills and programmes to justify the N5,000 monthly stipend.

He added that the project would also involve the State governments.

According to him, there will be categories of people who would earn higher than the N5,000.

“We also have the programme on the commission cash transfer. We won’t pay N5,000 for people to be indolent. No country in the world, would pay people to go home and sleep and collect cash. So, Nigerian would not be an exception.

Ngige also stated that some of the programmes will “span through Ministry of Education, Ministry of Agriculture and my place (Ministry of Labour). Agriculture, because we have some agricultural Universities, we will convert some people to teach the relevant agricultural sciences”.

The minister, who stated that Nigeria has various skill acquisition centers, also emphasized the need to train the youths.

“So we want to get back our youths, capture them, teach them to use their hands, and when they use their hands, they can earn money by employing themselves. If you get a bricklayer, or a painter today, you cannot pay less than N5000 for a daily job. And if somebody is able to work 20 days in a month for N5000, he already has N100,000. But, today is a sad story, that is why Togolese, Ghannians, people from Benin Republic, people from Niger Republic that do all these skilled job for us.

“80 percent of workers in that specialize category in construction site all over Nigeria, be it in Abuja, in Lagos or in Onitsha, they come from outside, and we don’t know that little drops of water, form ocean, the money or the naira they are paid is repatriated to their country and all of them will come at the end of the day to put pressure on naira in the foreign exchange market.

“So we have decided that we have to train our own youths, let them use their hinds to fend for themselves. We will also want to advance some of them into entrepreneurship. If you are very good, we can open a place for you and give you money through the Bank of Industry and SMEDAN and then you move to the next stage where a number of youth will work with you”, he said.