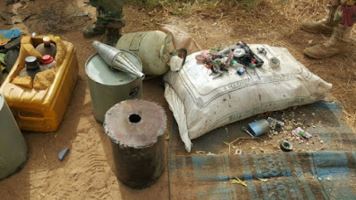 Those rescued include 800 Nigerian refugees that crossed to Cameroon that were brought back to Banki town in Nigeria by troops of 21 Brigade yesterday. Troops of 121 Task Force conducted joint patrols with Cameroonian forces at Mararaba, Angwan Fada, Dale and Wizha Bokko Timit, Bokko Nasanu and Bokko Hidde up to Ngoshe in which they rescued 17 women and 28 children.