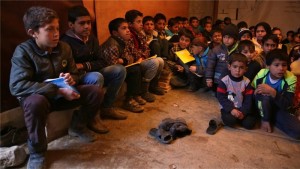 A leaked government document calling for enhanced screening of Australia’s humanitarian refugee intake from Syria and Iraq has attracted widespread criticism from opposition parties and members of the Lebanese community, who were singled out as being prone to “extremism”.

The sensitive Cabinet document, which was leaked to the Australian Broadcasting Corporation (ABC) on Thursday, recommends that the government applies “additional screening criteria” to 12,000 Syrian and Iraqi refugees who are set to resettle in Australia as part of the country’s response to the refugee crisis in the Middle East. “It is expected that some refugees from this conflict will bring with them issues, beliefs or associations that lead them to advocate or engage in politically motivated or communal violence,” the leaked document said, explaining why additional screening was required.

“This new framework will introduce … an enforceable integration framework to assess migrants’ suitability for life in Australia, a revamped citizenship test and citizenship pledge to strengthen [refugees’] accountability … and enhanced access, use and protection of sensitive information to strengthen intelligence-led risk-based decision-making [when assessing refugees],” the document said.

Prepared by the Department of Immigration, the draft document also recommended that enhanced screening processes should be extended to other areas of the humanitarian resettlement programme, on a “risk basis”.