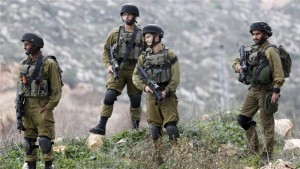 Israel has said it is examining an online video showing a border policeman pushing over a Palestinian in a wheelchair as tensions rose following an attempted stabbing in the occupied West Bank.The video, filmed by a local activist, has stirred Palestinian anger. An Israeli spokesperson said on Monday that the incident is under investigation.

The video was said to have been taken on Sunday after a 20-year-old Palestinian woman was shot while trying to stab an Israeli policeman in the flashpoint city of Hebron. Palestinians in the area attempted to approach the woman, who was left in critical condition, as Israeli border police tried to keep them back.

A spokeswoman for the Israeli justice ministry said “the case is under investigation” by its police investigations department, declining to provide further details. Police spokesman Micky Rosenfeld said the incident occurred “a few minutes” after an alleged stabbing attempt took place in the nearby area.  “A crowd gathered and attempted to get into the area where the attack had taken place,” he said. “Border police dispersed the crowd and used non-lethal means. The man in the wheelchair was part of that crowd that had gathered.”