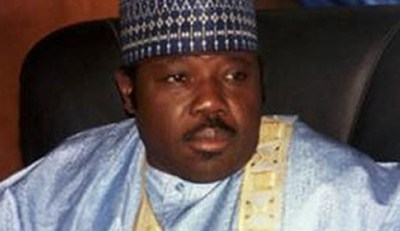 Governors elected on the platform of the Peoples Democratic Party have advised the newly inaugurated national chairman of the party, Senator Ali Modu Sheriff, to beware of what they termed the ‘diversionary’ antics of the governing All Progressives Congress-led government.
Mr. Sheriff was a founding member of the APC before he defected to the PDP in 2014.
Giving the counsel yesterday in a statement signed by its coordinator, Mr. Osaro Onaiwu, the PDP Governors Forum tasked Sheriff on the need to reposition the party and make it more inclusive as it looks forward to reclaiming power at the centre come 2019.
The governors said considering the battle ahead of the party, they ensured that the former Borno governor emerged after a meticulous calculation.
“Sheriff is coming on the job with immense wealth of experience and will no doubt use his vast network to rebuild the party, restore members’ confidence and act as a counterfoil to the many antics of the present APC regime.
“We urge you to shun all diversionary tactics that might be thrown at you and concentrate on how to bring together, all aggrieved party members, and fashion out ways to woo new members especially the youth. The forum is solidly behind you and will deploy its support to ensure that our shared vision for our party is realized as we prepare for 2019.
“It should interest you that the present regime has demonstrated that it is not ready for power, it is therefore an opportunity for your tenure to show that the PDP remains the only truly national party that can redress the fumbling and serial inconclusiveness of several programmes and agendas of the APC”, the governors said.