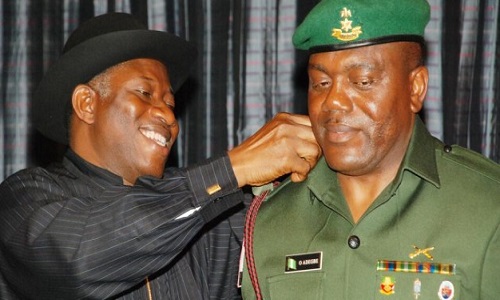 Justice Yusuf Halilu of the FCT High Court ordered that the former ADC be released pending his arraignment before a competent court.

Justice Halilu held that Adegbe’s continued detention is unconstitutional as it violates his right to personal liberty as guaranteed in Section 35 of the 1999 Constitution.

It would be recalled that Col. Adegbe was detained after he appeared at the instance of the Army, who are probing the activities of the last administration as it relates to the alleged diversion of funds for arms purchase through the office of the former National Security Adviser (NSA), Col. Sambo Dasuki (retd.).