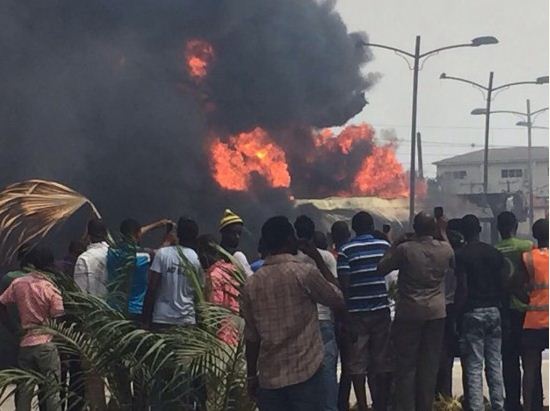 A fire outbreak at the Vice Chancellor’s lodge of the University of Lagos (UNILAG) in the early hours of Thursday, has claimed the life of a former Auditor General of Borno State, Mallam Abbah Kyari.

Daily Trust reports that Kyari was one of the delegates in the entourage of Shehu of Borno, Alhaji Abubakar Ibn Umar Garba El-Kanemi, who is currently being installed as the Chancellor of the University.

A source in the emir’s entourage, who pleaded anonymity, disclosed that the unfortunate fire incident started at about 2 am from one of the rooms ‎in the lodge in what is suspected to be electrical fault.

“The fire started sometimes at about 2am and there were frantic efforts to douse it unfortunately, the damage has been done as the former Auditor General sustained injuries that eventually claimed his life”, the source told the newspaper.

Meanwhile, the remains of Malam Kyari has been returned to Maiduguri, Borno State for interment by 2pm.