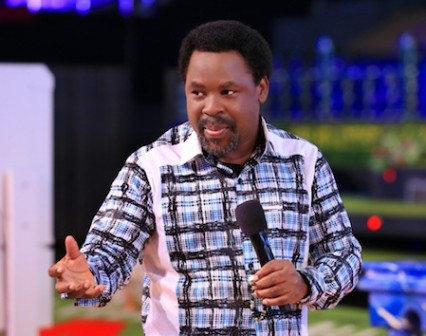 The father of Ese Oruru, who was freed on Monday after being allegedly abducted to Kano by a man who forcefully married her, has said he would seek the help of Pastor T.B. Joshua, founder of The Synagogue Church of All Nations (SCOAN) to free his daughter from hypnosis.

Ese was abducted by one Yinusa, from her mother’s shop in Yenagoa Local Government Area of Bayelsa State on August 12, 2015, and whisked away to Kano State without the consent of her parents.

Meanwhile, Yinusa has been arrested and taken to Abuja by a Special Police team from Zone 1 headquarters, Kano.